Is this the most shocking internship EVER? 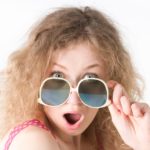 WORK FOR ELEVEN MONTHS UNPAID – WITH NO EXPENSES

A hawk-eyed Graduate Fogger has spotted what could be the most outrageous ad EVER for an internship ‘opportunity.’

Powerful Media – “a cutting edge media consultancy firm based in Canary Wharf”, which produces The Power List: Britain’s 100 Most Influential Black People – has publicly announced that it is seeking an internet-savvy graduate (with knowledge of InDesign) to work 10.30am – 6pm, three days a week for no salary at all. There is no mention of paying expenses and applicants must “commit to at least 11 months in the role.”

Weirdly, Powerful Media’s ad even boasts about how much proper work the intern will be doing – for their non-existent pay packet – explaining, “This is not a paid position, but it is also not a ‘making the tea’ type role. Instead you will undertake a variety of research, editorial and PR-related tasks.”

To make matters worse, when Graduate Fog contacted Powerful Media they claimed this was a “training internship as opposed to a working one” – whatever that means?

Then, even more bizarrely, they offered to change the wording of the ad, while giving no indication that the nature of the actual role would be reviewed. I told them that wasn’t good enough.

(Keep reading for full details of our email exchange below).

But first here is the ad, which was posted on journalism and PR listings website Gorkana:

Powerful Media Ltd is a cutting edge media consultancy firm based in Canary Wharf. We undertake a broad range of services, including public relations strategy, online communications and publishing. We would like to offer a fantastic internship to someone interested in getting some hands-on journalistic experience with a touch of PR.

We are looking for a graduate who is intelligent and hard-working with bags of initiative. This is not a paid position, but it is also not a ‘making the tea’ type role. Instead you will undertake a variety of research, editorial and PR-related tasks, and learn a lot about the world of publishing along the way. All candidates must have good writing and grammar skills and be able to write at least a basic news article.

You should also have a full knowledge of Microsoft applications (Word/Excel/PowerPoint and Outlook), as well as a basic knowledge of InDesign. And it goes without saying someone who knows their way around the internet, is a must.

Our working hours are from 10.30 to 18.00, and we would be looking for someone who can work at least three days a week, AND can commit to at least 11 months in the role.

Please apply with covering letter telling us why you want to join our team, along with your current CV to: adenike@powerful-media.com

My email to them:

My name is Tanya de Grunwald and I run a graduate careers website called GraduateFog.co.uk. One of my users has seen your recent advertisement for an intern to work at Powerful Media for 11 months, unpaid, and asked me to drop you a line as issue of unpaid internships is one my users take very seriously.

You may not be aware but the role that you describe is likely to be illegal. The responsibilities that you outline, plus the set hours required, mean that officials are likely to deem that this role is clearly that of a ‘worker’ (as opposed to a ‘volunteer’ or someone just observing / ‘work shadowing’). As such, you are legally obliged to pay the minimum wage. The intern does not have the right to waive this wage by claiming they are happy to work for free in order to gain experience.

Here is some more information for you:

While everybody knows that unpaid internships happen – especially within journalism, marketing, PR etc – it is highly unusual to see a placement of this length (you state at least 11 months) advertised openly.

I will be blogging about this subject in the next day or two and would be grateful if you could supply a statement about this internship. If you were unaware of the legal situation around internships and are now willing to make this a paid placement, this would be a good opportunity to make this clear to my users. If you are planning to continue to run this placement unpaid as you believe it is lawful, I would be grateful if you could clarify on what grounds you believe this to be acceptable. Based on your response, I will decide whether to report this placement do the Pay and Work Rights Helpline, for HMRC to investigate.

In the meantime I would be grateful if you could drop me a line back to confirm that you have received this email. If I do not hear from you by 5pm tonight I will give you a call instead.

Hi Tanya, in all honesty this is very much a training internship as opposed to a working one. But I see now how the way the ad is worded could imply something else. I have contacted Gorkana to change the wording on the ad, as I understand how it can be misleading.
Thanks for pointing this out to us.

Thanks for responding so swiftly. However, I still have concerns about this matter.

For more information about the difference between an internship and true volunteering, I suggest you contact Internocracy. (www.internocracy.org). As I understand it, in order to be the position of a true volunteer (who need not be paid), the intern must be allowed to come and go whenever they wish – there no obligation to turn up at any set times at all, nor must they make any kind of commitment about how long they will do the placement for. They must also have no expectations or responsibilities placed upon them – no set tasks to be completed for set deadlines. Are saying that your internship will now fit this description?

Alternatively, if you intend to keep the nature of the role the same and are simply going to change the wording of the ad and call this position a ‘training internship’, I’m afraid that is not sufficient. The role of a ‘worker’ is defined by the nature of the work that a person does – not by the label you (or they) choose to give it.

Again, you should check the details with Internocracy, but as I understand it, if the intern is still required to work set hours and given set responsibilities and is not doing this placement as part of their course (you state this person must be a graduate), then the role is one of a ‘worker’ and as such must be paid the National Minimum Wage. Furthermore, you have stated that certain skills are required, which adds to the impression that this is a proper job which should be paid. Calling it a ‘training internship’ does not change anything if the nature of the position remains the same.

I hope that this is clear? If so, please let me know how you plan to proceed. Are you planning to make this intern a true volunteer? Or, if they nature of the internship will remain the same, will you be making this a paid role?

That was sent at 1.15pm yesterday and I have not heard anything since.

I’ve done some investigating and found that Powerful Media is not just any old PR firm – it is the company which produces The Power List: Britain’s 100 Most Influential Black People.

In the Gallery section of their website, you’ll find pictures of their staff schmoozing with then-PM Gordon Brown plus David Lammy, Paul Boateng, Baroness Scotland, Baroness Amos and ‘top cop’ Leroy Logan. To me, the fact that these people clearly have friends in high places makes their advertisement all the more shocking.

The Graduate Fogger who alerted me to the ad agreed – saying she was appalled by the nerve of Powerful Media. Louise Potter, 22, who studied History at the University of Leeds, told me:

“How can a company think it’s acceptable to recruit someone and not pay them for an such an incredibly long period of time – with absolutely no indication that there will be a paid position on offer at the end of the 11 months. I’d like to know how they expect their intern to support themselves for almost a year without a source of income.

“Their claim that this is a ‘training internship’ is crazy. There’s only so much you can learn from a company. It’s one thing for a couple of weeks as a way to build up your CV, make sure the industry is for you, and to actually learn something, etc. But after a certain point it just becomes working for free. And is it just me or has every company under the sun jumped on the unpaid internship bandwagon? Now it seems that everyone thinks it’s acceptable behaviour.

“I know that the media is a competitive industry, but doesn’t this mean that the most able candidates should get paid, entry-level roles rather than those financially able to stick it out at unpaid positions for the longest?” 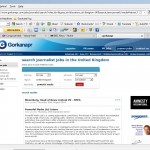 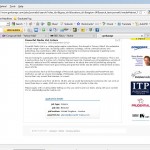 *Is this the most shocking internship ad you’ve ever seen?
Do you accept Powerful Media’s explanation that this position is a ‘training internship’ – or is it a role that should be paid?