Interns should ‘eat roadkill’ to save cash for unpaid placements 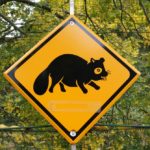 A recruitment company has suggested that interns should eat roadkill — including badgers and squirrels — to make ends meet during their unpaid placements.

Young workers were also advised to “return to the dark ages” as “electric lights are a luxury when perfectly good candles can be brought [sic] for pennies from Ikea.”

Other tips for surviving internship-induced poverty included sharing beds, hitchhiking and growing a beard (to save money on razors — and keep warm in winter).

Was this a joke? Shockingly, it seems not — as the list also suggested that interns shop at markets to reduce their food bills and avoid partying in central London (“Vauxhall, Brixton, Camden and Shoreditch are a lot cheaper”).

But the most bizarre part of the blog post was this oddly cheery sign-off:

“If you don’t mind being labelled an eccentric, the scope for frugality is endless; limited only by your imagination (and your dignity!)”

Sorry — does the author find the idea of interns living in humiliating poverty funny?

Because I — and the interns’ rights groups – strongly disagree.

So who is responsible for the article?

The publisher of this article is none other than Inspiring Interns, the controversial recruitment company which makes its money by matchmaking interns with employers. For every month each intern works, Inspiring Interns makes £500 — while the intern earns just £200 towards their lunch and travel expenses.

(Yes, well spotted — £200 a month is far less than the National Minimum Wage).

Don’t believe that such a company exists? Believe it.

Below is the sales email that the company sends out to prospective clients, offering their services and proudly naming high profile clients including Skype and Alliance Boots (yes, the company that owns Boots the chemist. That’s two more for Graduate Fog’s list…):

We source the best candidates from around the world to find them beneficial work placements. Inspiring Interns is providing diverse companies such as AdMob, Stardoll, Skype, Alliance Boots, and Phorm with outstanding young talent. Whether you’re looking for temporary or full time staff, with majors in Computer Science or Architectural Design from Statistics to Marketing and Advertising… Whatever your requirements we can find the right match with our targeted and efficient approach.

All students are qualified and assessed by Inspiring Interns before we send them to you, so we save you time and money by conducting the first interviews. Below are example Video Profiles, if you have specific criteria fill in the attached internship job spec form, send it back to me and I’ll match it!

See HERE! for more examples of our candidates.

We give all interns psychometric tests to acquire their numerical, linguistic and reasoning capabilities. We aim to provide our clients with as much information as possible to ensure you are hiring the best interns relevant to your needs.

We do charge a fee for our service and you would be expected to cover the intern’s lunch and travel expenses (our fee is £500 per intern per month, and travel and lunch would be in the region of £200 per month). All inclusive it works out at about £35 per working day for an intelligent enthusiastic worker who will determinedly add value to your company.

If you would like any further information, please don’t hesitate to call.

(To the kind soul who forwarded this to Graduate Fog and assured me you’d never use their services, thank you.)

Graduate Fog’s friends at the interns’ rights groups say they are disgusted by the ‘roadkill’ post, which appears to make light of the plight of hundreds of thousands of young workers, whose desperation for experience is forcing them to intern unpaid.

“Thousands of young workers are living hand to mouth to fund unpaid, unfair internships. Flippant comments like these about interns’ situations are not only offensive, but risk undermining the hard work they are doing with often no recognition or reward.”

“Many of the interns who contact us are struggling to cope financially, after working for free for months. They don’t want insulting lists of money-saving tips – they want employers to pull their finger out, obey the minimum wage laws and give them proper, entry level jobs. Unless interns are claiming benefits too (or getting support from their parents), they simply can’t survive on £200. In London, a Zones 1&2 Travelcard alone is nearly £100.”

“If internships in profit-making companies were properly remunerated according to law, interns would be able to afford to pay for housing, food and other essentials. It is hard being an intern, particularly if you’re not paid, and making significant levels of financial sacrifice isn’t a laughing matter. We are working with employers and interns to create a more diverse and accessible internship culture, and calling for a better deal for all interns in an unfair position.”

Graduate Fog’s path has crossed with Inspiring Interns’ before — and their CEO Ben Rosen seems genuinely puzzled to hear that some young workers might have a teensy problem with his company’s business model.

He is convinced that his organisation does good work as his interns happily volunteer to work for free and many have been offered jobs after their placements. I have tried to explain the bigger picture, but our differences remain. I’m afraid I have given up trying to persuade him — we no longer speak.

However, one thought continues to niggle at the back of my mind. It is widely agreed that long internships at private companies where the intern is doing the job of a ‘worker’ must be paid (even if the intern says they’re happy to work for free). So the question is, how do unpaid internships, such as the ones that Inspiring Interns promotes, fit in with current employment legislation?

You may be surprised to hear that I have asked the officials keep the author of the ‘roadkill’ post out of their enquiries, however.

*Was Inspiring Interns’ blog post a joke — or is working unpaid no laughing matter?
Decide for yourself — here is the blog post in full (Just don’t forget to come back to Graduate Fog to tell us what you think!)

It’s been removed? Never fear, the screen shots are below: 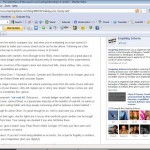 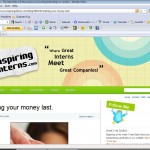