Harrods too tight to pay their interns 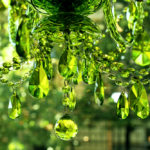 Harrods, the swanky department store in London’s Knightsbridge, has announced that it does not pay its interns, who work for up to three months for travel expenses only. When Graduate Fog approached the store for an explanation of this policy, Harrods press office refused to answer my questions and told me “we will not be participating in this feature.”

The world’s glitziest shop – which counts international royalty and Hollywood A-listers among its customers, made £7.8 million in pre-tax profits last year and has just spent £35.6 million on refurbishing its Knighstbridge store – is currently recruiting for interns to work unpaid in their HR department, press office and ‘By Appointment’ personal shopping department.

Internship – HR (1-2 months)
Harrods are offering a Human Resources under-graduate the opportunity of an unpaid internship in Knightsbridge. This will last for approximately 2-months. The project is supporting the review and refinement of some of our existing processes and documentation so the successful student will be comfortable working with detail and doing administration. Flexibility and the ability to multi-task are key. You need to be experienced in using Microsoft Office packages, are studying a degree in HR and have the tenacity to work in the role with minimal guidance. We look forward to receiving your application.

Internship – Harrods Press Office (3 months)
The Harrods Press Office are offering an exciting opportunity to join the team on a 3 month unpaid internship basis. This is a research-based project, so the successful candidate will need to be a self-starter, driven, and confident with working to deadlines. This internship will see you conducting internet research, as well as speaking to journalists and media contacts. Flexibility and the ability to multi-task are key. The successful candidate will be experienced in using Microsoft Office packages, be an under-graduate studying PR, and have the tenacity to work in the role with minimal guidance. We look forward to receiving your application.

Internship – By Appointment Personal Shopping (3 months)
Harrods’ prestigious Personal Shopping Service, By Appointment, are looking for driven, fashion-focused interns to join the team for 3 months unpaid Internship, from November 2010 to January 2011. A strong sense of commercial awareness, resilience and pace are needed to maintain the service levels that are so integral to the luxury personal shopping service that is By Appointment. By Appointment offers discerning shoppers true luxury, with a premium shopping service of award-winning quality. Available as a complimentary offering in Menswear and Womenswear, By Appointment enlists the expertise of leading consultants and stylists who tailor the perfect solutions to our clients. If you have a passion for luxury retail, and are looking for a challenging and exciting step into personal shopping, we look forward to receiving your application.

Unfortunately, these job ads only went live AFTER I contacted Harrods’ press office.

My initial enquiries related to this paragraph, which I spotted in the FAQs section of their website:

“As internships at Harrods are voluntary placements, we do not offer a contract of employment or salary. We do, however, recognise that volunteering can be difficult due to travel expenses, so we will reimburse receipted travel expenses within London Zones 1-6.”

Pretty ironic – I thought – coming from the glitziest department store in the world, now owned by the Qatari royal family, who reportedly paid £1.5 billion for it in May 2010.

I also understand that Harrods’ finances are in pretty good shape – in October, the company announced that its profits had surged 40% in the last year.

“All things for all people, everywhere.”

(as long as you can afford to work for us for free).

Unfortunately, as I said, when I originally spotted this paragraph, no internships were actually listed (the three detailed above appeared later) so I had no information about the nature of these placements.

So, on Friday 5 November, I contacted Harrods’ press office:

I am interested to see that Harrods is openly recruiting for unpaid interns on your website and I would like to clarify the nature of these placements.

I would be grateful if a spokesperson for the store could provide answers to the following:

1) What length are Harrods’ internships? If there is no standard length, what are the shortest and longest periods that an interns’ placements will last?

2) Are the interns who take these roles students doing these placements as part of their course?

3) What is the nature of the work that interns will do during their placement? Are they simply work shadowing, or are they given duties to perform? Also, are they free to come and go as they please, or do they have set hours when they are expected to attend?

4) I understand that Harrods’ motto is ‘All things for all people, everywhere.’ How does this fit with the store’s decision to run unpaid placements which can only be accessed by those young people who can afford to work for free and who live in London (as you only reimburse travel expenses from Zones 1-6)?

5) Now that Graduate Fog has drawn your attention to this issue, will Harrods be reviewing its policy on using unpaid interns?

I will be blogging about this on Tuesday so if you could provide something on Monday that would be great.

By Monday afternoon, I hadn’t heard anything so I chased them.

We will be able to provide commentary, but it may not be until tomorrow afternoon. I hope this is ok?

But then on Tuesday 9th November, this arrived from their Corporate Affairs Manager:

Thank you for your enquiry, on consideration we will not be participating in the feature.

All the best with the article,

Thanks for your response, but you seem to have misunderstood. I wasn’t asking you to ‘participate in the feature’ – I was asking you for some basic facts about Harrods’ internships.

Can you even elaborate on how long they are and what kind of work is involved?

Or are you saying you are unwilling to provide this basic information?

There has been no response.

But Graduate Fog isn’t a quitter.

So I kept checking the Harrods website on the off-chance they would be silly enough to start posting ads for unpaid internships, knowing I would be watching them.

And look, folks – they are that silly!

And one is within the Press Office, the very department I contacted to raise my concerns about these posts.

For legal reasons, I am going to put a sock in it now – as I suspect Harrods’ legal team may be watching.

All I will say is that I am continually amazed to see brands openly declare that they ’employ’ young workers for extended periods of time and don’t pay them. Especially when, every day, the newspapers report on how bad youth unemployment is.

I am not saying that these placements aren’t beneficial to those who do them – of course they are, that’s the problem! But the fact is that these opportunities are only open to those who can afford to work for free – which is a tiny minority. How is that fair on all the other candidates? And when did it become okay to hire staff to do proper work for you and just not pay them?

Even if these companies feel no shame about what they’re doing, their behaviour could be leaving them exposed to legal action from interns in the future.

*Are you shocked that Harrods openly admits to not paying its interns?
Can big brands really claim they can’t afford to pay their interns who are clearly doing proper work for them (as opposed to just work shadowing)? Does a fair day’s work deserve a fair day’s pay? Do you think less of brands who take advantage of their young staff like this?