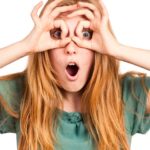 “This unpaid interns nonsense is a lot of fuss about nothing.” That seems to be the view of the Association of Graduate Recruiters (AGR), whose latest survey appears to show that nearly all graduate recruiters DO pay their interns.

In results that are likely to leave Graduate Fog’s readers dumbstruck, new research has found that 95.8% of graduate employers polled say that they do NOT use unpaid interns. The report declares:

The overwhelming majority (95.8%) of AGR members paid their interns a salary [in 2009-10]. This represents a significant increase since 2008-2009 when the equivalent figure was just 84.0%. This is highly significant in the context of an increasing emphasis on social mobility under the Coalition Government.

The median weekly salary is estimated at £300; a figure that has remained stagnant since the 2008-2009 recruitment season. However, more than a quarter (27.3%) of interns were offered a weekly salary that exceeded £350.

In April 2011, The Deputy Prime Minister Nick Clegg launched the Government’s social mobility strategy, which included plans to widen access to internships and reduce the number of unpaid internships offered by employers… For the Government’s strategy to take effect, Parliament and its MPs could follow the example set by AGR members and increase the proportion of interns receiving the National Minimum Wage.

Suspicious of these statistics? Me too. Graduate Fog’s users report that paid internships are few and far between – and from what I’ve seen on job boards, it seems it’s far more likely that something called an internship will unpaid than paid. And even those of you who are ‘lucky’ enough to be earning the National Minimum Wage (£5.93 an hour) will be making £237 per week – a long way off the AGR’s supposed ‘average’ of £300 per week.

As I told the Guardian this weekend, the problem with unpaid internships in the UK is completely out of control. Those of you who do them are being exploited – while those who can’t afford to do them are excluded. Internships are getting longer – with a diminishing chance of a job at the end of them. In fact, there is growing evidence that rather than leading to paid entry-level jobs, unpaid internships are now actually replacing paid entry-level jobs.

So how can the Association of Graduate Recruiters’ stats be explained?

1) What kind of companies were surveyed? AGR members tend to be large corporates in the finance and law sector, which tend to have a better track record when it comes to treating their interns well – probably because they would find it difficult to claim they don’t have the cash to pay their staff properly. So some of them may well be telling the truth.

2) Did they tell the truth? From a quick glance at the list of members polled, I can see at least two companies that I know use unpaid interns – because they advertise them openly (although I’m not going to put their names here for legal reasons because calling someone a liar is libel – which in the UK you’re far more likely to be prosecuted for than persistent minimum wage evasion, what a joke).

Are they deliberately fibbing – or did the person who filled in the survey simply not have all the facts? Some of these companies are huge and interns are often taken on informally, without informing HR. Just because unpaid interns don’t appear in these companies’ paperwork, it doesn’t mean they’re not there.

3) Even if they don’t use unpaid interns, I bet their suppliers do – in which case they are indirectly profiting from unpaid workers, even if not directly. Agencies (like PR and advertising consultancies) have a particularly iffy reputation when it comes to using unpaid interns. To secure the contract from their client, they pitch a rate that is low. So, they take on unpaid interns so their profits can remain healthy. The client will never know that a lot of the ‘donkey work’ being done for them by their agency is actually being done by an unpaid worker.

When I expressed my puzzlement to the AGR’s spokesperson, here is what she said:

This may help clarify why many of Graduate Fog’s users have a different experience to tell of internships: 202 AGR members responded to the survey and a list of companies that took part is at the beginning. Analysis of the sector and size of organisations indicates that the sample is broadly representative of all AGR employer members. In this context, the survey findings can be seen as a barometer of the recruitment levels and practices of AGR employer members — an important segment of the overall graduate recruitment market. However, it should not be confused with the total graduate jobs market. That said, AGR recruiters are a large and powerful constituency, with the respondents to the Summer 2011 Review collectively expecting to offer a total of 21,507 vacancies in 2010-2011.

She also provided this statement from Carl Gilleard, the chief executive of the AGR:

“Internships are a great way for students to gain workplace skills and boosting your confidence. If you aren’t confident then you aren’t going to market yourself properly. All workplace experience is useful; even if it’s not immediately connected to your dream career, it’ll help you gain transferable skills. The AGR believes that employers should pay their interns.”

If you don’t know Carl, he’s considered the Godfather of the graduate recruitment world – he’s a well-known and much-respected man. He even gave me a quote for the back of my book Dude, Where’s my Career? The Guide for Baffled Graduates, which was pretty nice of him, since he didn’t know me from Adam.

Which is why I was particularly disappointed to read this in this weekend’s Guardian piece:

“Despite the increasing clamour for minimum wage payment to be enforced in all internships, Gilleard thinks smaller employers should be given leeway: “There might be circumstances where an employer could say, well I’ve actually got an opportunity here but there’s no way I could pay. But there is a cost of going to work and at the very least we would expect an effort on the part of the employer to meet those costs.”

Question: Since when was an organisation’s ability to pay their staff relevant to whether they are required to pay their interns a minimum salary of the National Minimum Wage?
Answer: It isn’t.

Where an intern qualifies as a ‘worker’ (with set hours and responsibilities, not just work shadowing) they must be paid the NMW for their work. The only exemptions from this are interns working for a charity or non-profit organisation – or doing an internship as part of their course. If an organisation can’t afford to pay their intern, they can’t have one – end of story.

I sincerely hope that Carl’s comments to the Guardian were an honest (if stupid) mistake – and I have already asked his press people to nudge him into doing more thorough research next time offers his opinion on such important matters to national broadsheets. Somebody in his position really should know the facts about the legalities of internships.

The AGR’s members seem to be relatively ‘clean’ when it comes to paying their interns – but we know that many others graduate recruiters are not. Which is why Gilleard must support interns’ rights to fair pay for their work – and must not undermine the work of those of use who are desperately trying to spread the word among young people, despite the best efforts of those who would rather keep you in the dark about the wages you are owed.

*Do the AGR’s figures sound dodgy to you?
Of all the internships happening right now, what percentage would you guess are paid – and unpaid?