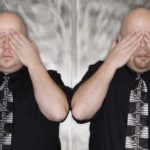 Unpaid interns are invisible, according to the statisticians whose job it is to count you.

The Higher Education Statistics Authority (HESA) has released new figures showing the whereabouts of last year’s university leavers, six months after graduation. But they appear to have ‘lost’ more than 124,765 unpaid interns.

Of the graduates who completed their first degree in 2010, HESA claims that only 5,235 were working unpaid the following January. But a study by the IPPR and Internocracy – released in July 2010 – suggested that the true number of unpaid interns was more like 130,000.

That’s a big difference. How is it possible that only 4% of interns are accounted for in the official statistics? How has HESA has ‘lost’ so many of you? When I contacted them to ask how they had misplaced 124,765 interns within their figures, they were unable to provide an explanation. They insisted that of all those who graduated from their first degree in 2010, the following January:

Now compare these figures from the IPPR/Internocracy, who took their numbers from a study by the Chartered Institute of Personnel Development (CIPD):

They found that 280,800 employers planned to use interns in the next year. Of those, 18% admitted they would not pay a wage – and 28% said they would pay less than the National Minimum Wage (NMW). Add those two percentages together and that means 129,168 companies admitted planning to take on interns and pay them less than the NMW. In reality, the number of unpaid interns will be even higher than that, as many of those companies will have hired multiple interns, not just one.

Graduate Fog is scratching my head. Where ARE these ‘lost’ unpaid interns? My theory is that they have been mis-classified across the other three employment categories, as I doubt the wording used in the questionnaire was adequate to reflect the reality of the kind of work many graduates are doing.

In particular, I suspect that a large number of interns may feel that receiving expenses from their employer counts as being ‘paid’. So, depending on the hours they are working, they could easily have ticked the boxes ‘full-time employed’ or ‘part-time employed,’ rather than ‘unpaid intern’. Similarly, those who have done a bits and pieces of expenses-only internships and casual work could easily consider themselves ‘freelance or self-employed’.

If this is the case, it is worrying – as these figures present an overly-rosy picture of the true fate of our university graduates, allowing universities to pretend that they are more successful at getting their students into work than they actually are. Even those few who did tick ‘unpaid intern’ are counted as ’employed.’ No wonder so many universities appeared to have such astonishingly high success rates with getting their graduates into ‘work’.

It’s all rather confusing – and I’m no statistician. The only thing I do know for sure is that there are NOT only 5,235 unpaid interns in the UK. You know you’re there, and I know you’re there. Those who ticked the right box are just the tick of the iceberg.

*Where are the missing interns?
Do these numbers sound wrong to you? Does it bother you that universities could be counting unpaid interns as ’employed’ and using their apparently high success rates to persuade prospective students to part with tens of thousands of pounds for a degree that you have discovered has limited value?