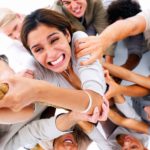 TIP-OFFS FLOOD IN FOR OUR NEW ‘PAY YOUR INTERNS’ CAMPAIGN

Graduate Fog has been swamped with requests from interns to approach their former employers as part of our new name and shame campaign Pay Your Interns.

The campaign only launched on Saturday – and already we have received more than a dozen requests to question several big-name companies about their use of unpaid interns. The response proves that interns ARE angry about this issue – not accepting or passive.

Tip-offs from you are going to be invaluable as the campaign progresses. While we are keen to praise those who do pay their interns, we are also keen to expose those who do not. Insider tips from interns, former interns and those who have seen advertisements for dodgy-sounding internships make it easier to target our approaches to ensure we are grilling the right people.

So if you know a big-name company that uses unpaid interns, we’d love to hear from you. As we have limited capacity, we’re afraid we may not be able to respond to every email, but please don’t think us rude! Rest assured that every suggestion will be considered. If we decide to approach them, you will see their logo appear on our Companies page.

At present we are focussing on household-name brands – that’s big, private companies. That said, if you know of any charities, MPs, galleries or museums that use unpaid interns, let us know. It looks likely that these names will form a ‘second wave’ of strikes…

NEXT ON PAY YOUR INTERNS:
The first few companies are already responding – so we will reveal the results in the next few days!