‘Average’ graduate salary to hit £26,000 – but how many are really earning that much? 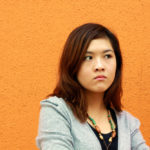 Graduate pay is set to rise to £26,000 this year, according to a new survey – but how many people do you know that are earning that much money? Does your salary even come close?

The Association of Graduate Recruiters (AGR) has predicted a jump of 4% in 2012, raising it from £25,000, where it has been stuck since 2009. Between 2006 and 2008 it rose by just 2%, so this leap is being seen as good news for graduates. The survey also shows that the number of graduate vacancies increased last year by 1.7% – although this year vacancies are predicted to drop by 1.2%. But Carl Gilleard, Chief Executive of the AGR, said he was “cautiously optimistic” about graduate recruitment in 2012:

“The predicted increase to graduate salaries is significant and sizeable, particularly given the context of starting salaries remaining stagnant for the past three years. This will no doubt be welcome news to the Government and the higher education sector, but moreover to graduates themselves.”

Sure, the government and the universities will be chuffed – it fits with their “Go to university – you’ll earn more money!” line. But will graduates buy it? Where exactly are all these graduates earning £26,000 a year? Granted, Graduate Fog is a site for jobseekers – but where we’re standing graduates earning fat pay packets are pretty scarce at the moment. So why the discrepancy?

Look closer and you’ll see that these statistics come from a survey of 214 of the AGR’s members, many of which are massive corporations, who you would expect to pay their graduate a good salary. (The list includes Accenture, Barclays and Deutsche Bank). These 214 big businesses hired 21,325 graduates in 2011. Er, what about everybody else?

We have no statistics to challenge the AGR’s finding. But we do hear from graduates every day – and from anecdotal evidence we would hazard a guess that the true average graduate salary (that is, the average salary among graduates that are earning above the minimum wage, in both ‘graduate’ and ‘non-graduate’ jobs) might be closer to… £16,000? At the most, £18,000. And of course that’s without factoring in the estimated 120,000 graduates who are earning less than the minimum wage doing unpaid (or very low-paid) internships.

Could it be that the sample of employers for this poll gives a false impression about how well graduates are really earning? If so, we are concerned that schools, universities and the government will continue to use these numbers to disguise what is really going on out there – that hundreds of thousands of graduates are failing to make their degree pay.

We would like to see statistics that include all graduates, not just the small number who manage to bag plum jobs on prestigious graduate training schemes with big corporations. If we are going to keep encouraging young people to go to university, we need to make sure we are working with accurate information about the likely outcome. We must start dealing in facts, not fantasy.

*Are you earning £26,000?
Do you know many graduates who are? Should statistics about graduate salaries be based on ALL graduates, rather than just those working for big businesses? What would you estimate the true average graduate salary to be?