Tony Blair intern: “I was rejected because I couldn’t work full-time, unpaid” 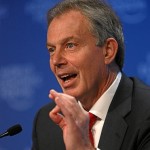 A graduate from a top London university has told Graduate Fog that he was offered and then rejected for a three-month internship at Tony Blair’s private office because he couldn’t afford to work five days a week without pay.

After a lengthy application process, the graduate was offered the internship but when he explained he could only commit to four days a week — as he couldn’t afford to give up his part-time job as a teaching assistant — a member of staff at the former prime minister’s private office told him via email: “Sorry…the role has now been filled by someone who was available for the full 5 days.” Speaking exclusively to Graduate Fog, the politics graduate said:

“I was elated when I was offered the internship with Tony Blair’s private office — he was my idol growing up and it seemed like the opportunity of a lifetime to work for a former prime minister. I was distraught when the offer was later retracted, after I realised that I would have to give up my part-time job in order to work full-time without a salary.

“London is one of the most expensive cities in the world and I realised my rent and travel costs alone would amount to over £550 a month. There was no way that the lunch and travel expenses offered would cover that.

“Even though the internship sounded like a huge opportunity, I just couldn’t afford to give up my only source of income. It would have been amazing for my CV and my future prospects. It’s very disappointing that that a prime minister who dedicated himself to equal opportunity for all has effectively made this internship available only to those who don’t need to be paid to work.”

When Graduate Fog contacted Blair’s office about the case, a spokesperson confirmed that they do run an “internships programme” of three-month placements which only pay lunch and travel expenses. But she did stress that these offer a “valuable experience in a high profile and fast moving work environment” and that the staff “value our interns very highly.”

Given that it was Tony Blair’s own Labour government that introduced the minimum wage law in 1998 — and he has said that the legislation is one of his proudest achievements from his time in power — we have no doubt that the former prime minister will have made sure his internships do not break the law. We also know that he has plenty of money to pay his junior staff, as he is said to be worth £20m a year and the owner of six homes.

However, we were a little surprised when the graduate showed us job descriptions for what appear to be two different internships with the former prime minister — one at Tony Blair’s private office and one at Tony Blair Associates. These seem to outline a lot of important responsibilities and appear not to offer a salary. So we emailed his office to clarify the situation:

My name is Tanya de Grunwald and I run Graduate Fog, a website for job-seeking graduates.

I am contacting you because I have reason to believe that there has been at least one full-time intern working at Mr Blair’s private office in the last few months – paid lunch and travel expenses only – and another at Tony Blair Associates.

The spread of unpaid internships is an issue that my users feel very strongly about, as we believe they exploit those who do them and exclude those who can’t afford to do them. We also feel it is a myth that unpaid internships lead to paid jobs – increasingly, they seem to be replacing paid jobs.

A graduate (who wishes to remain anonymous) has sent me some correspondence between him/herself and Annie Ferguson, who I understand works in Mr Blair’s private office. From the emails, it appears that Tony Blair Associates and Mr Blair’s private office both recruited for at least one full-time intern between September and December 2011 — and that the position in his private office was eventually filled with a candidate who committed to work five days a week, for a role that I understand was to last three months. It also appears that lunch and travel expenses were the only remuneration offered for this position. I understand that the TBA internship also lasted three months, was full-time and paid lunch and travel expenses only.

The job descriptions I have seen are these:

The intern will provide general support to Tony Blair’s office and also provide specific support to:

The Receptionist in their duties

I am pleased to present an exclusive position at an International Government Advisory Practice:

Who we are
Our Government Advisory Practice works with governments around the world working directly with world leaders and policy makers. We offer our advice and expertise to these on various governance and policy topics, typically placing expert teams on the ground. In London we provide support to these teams, and work on the development of future projects.

Responsibilities
The Internship provides an opportunity to work across range of our advisory tasks. This is an excellent opportunity for a motivated and talented individual to gain work experience in a growing institution that operates at the frontier of international development and governance topics with some of the world’s most prominent emerging powers.

The Intern is part of our advisory team based in London and our internships typically last three months. Precise responsibilities will change based on the project cycle and the individual but will typically include:

o Undertaking research and analysis to contribute to our project development work, such as country scanning
o Preparation of daily media briefs on relevant developments in our priority countries and topics
o Fact finding and analysis for operational support
o Preparation of client-ready documents and materials
o Research support for our wider office building activities

– Administrative support in the office:

Personal attributes and qualifications
– At least an undergraduate degree, and ideally a masters degree in a relevant field (such as economics, development studies, governance, politics)
– Excellent analysis, research and problem solving skills
– Strong team working ability and a first rate communicator
– A logical and structured approach, able to focus on the details and deliver on multiple tasks at any one time
– A flexible, willing and can-do mentality, keen to learn and be challenged in this role
– Proficiency in office tools, especially Microsoft Word, PowerPoint and Excel
– Previous office/ professional experience is highly desirable
– A genuine interest in international development and governance topics

How to apply
Please send your CV (no more than 2 pages) and a brief cover letter stating your interest, relevant experience and availability to [graduate’s university careers service email address, removed to protect his identity] by Monday 5 September 2011. Please note only shortlisted candidates will be contacted.

I would be extremely grateful if you could answer the following questions:

2) Were these roles filled? If so, did the candidates complete their internships — and have they since been replaced with new interns working under the same arrangements?

4) Can you clarify how Mr Blair feels that such internships fits with the minimum wage law, which his government introduced in 1998, and which he has said is one of his proudest achievements from his time in office?

After three weeks of chasing, this came back:

“We do run an internship programme and value our interns very highly.

“Each internship lasts for around 3 months and is designed to give young people valuable experience in a high profile and fast moving work environment.

“We support all our interns by paying travel and lunch expenses.”

Graduate Fog would like to stress that we are not suggesting that Mr Blair or any of his team have broken the law, as we have no reason to believe that the duties of the interns referred to in the two job descriptions are the same as those of the staff referred to in the ‘internship programme’ mentioned in the spokesperson’s email.

We also have no reason to think that the roles outlined in the job descriptions were ever filled — or, if they were filled, that those employees ever carried out the tasks listed, had set hours or responsibilities and were not merely work shadowing.

However, in order to clarify this, we would love to hear from anyone who has interned for the former prime minister — whether at his private office or at Tony Blair Associates. All emails will be treated in strictest confidence.

*HAVE YOU INTERNED FOR TONY BLAIR?
Or do you know someone who has? What sort of work did you do — and did you receive a salary or just travel and lunch expenses? If you weren’t paid at the time, you may be able to claim your wages now, even if your internship ended a while ago. For more details please contact Graduate Fog here.

*SHOULD THE FORMER PRIME MINISTER HAVE UNPAID INTERNS WORKING IN HIS PRIVATE OFFICE?
Are you disappointed that the man responsible for introducing the National Minimum Wage seems not to understand that unpaid opportunities are only accessible to those who can afford to work for free?