Magazine publisher promises all internships will be paid 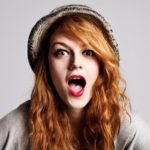 A brand new careers website run by magazine publisher Bauer and mobile phone network O2 has promised that all internships advertised on the site will be paid at least the minimum wage. This is the first time that a high-profile jobs platform has made this important pledge, despite months of outrage about the shocking spread of unpaid internships and the damaging impact they have had on young people’s ability to get their careers started in 2012.

Last week, Graduate Fog was invited to the swanky breakfast launch of GoThinkBig. We spoke to Bauer’s creative director Julian Linley and Bauer’s CEO Paul Keenan, both of whom told us that all advertised internships lasting two weeks or longer would be paid at least the national minimum wage (£6.19 an hour for over 21s). When we requested an official statement to confirm this, a spokesperson said:

“At GoThinkBig we are committed to ensuring that all the internship opportunities on the website offer pay to those who take them. That applies to O2, Bauer and other partner organisations that sign up to promote their opportunities to young people through the site.”

Graduate Fog is impressed to see two big brands making such a public declaration. To date, we have had no reports of unpaid interns working in the telecoms industry – but we know that unpaid internships are rife in the media world. In fact, only last month Bauer’s arch rivals IPC Media made a £750 settlement payment to a graduate who did a one-month internship at celebrity magazine NOW. Let’s hope the message is finally getting through and this is the start of the media industry cleaning up its act.

*ARE YOU IMPRESSED THAT GOTHINKBIG WON’T ADVERTISE UNPAID INTERNSHIPS?
Should more websites make this pledge to young jobseekers? At present, it isn’t illegal to advertise unpaid internships – but should this be changed? Will O2 and Bauer stick to their promise to keep GoThinkBig free of adverts for unpaid internships?