Student suicides rise… Are graduates next? 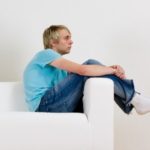 *Thinking dark thoughts?
We promise you’re not alone — and there is help available. Please contact PAPYRUS or the Samaritans now. Suicide is always a tragic waste and it’s never the solution to anything. Also see our more recent post Young jobseeker who committed suicide felt ‘demoralised’  by visits to the job centre

The number of students who take their own lives has increased dramatically since the start of the recession, new figures have revealed. Reports that anxiety about student debt is at least partly to blame has triggered concerns that cash-strapped, job-hunting graduates could be similarly vulnerable.

New figures from the Office of National Statistics reveal that between 2007 and 2011 the number of men in full-time higher education committing suicide rose from 57 to 78 – that’s a rise of 36%. Among women, the number almost doubled – from 18 to 34.

A spokesperson for the NUS, Hannah Paterson, said that mental health issues were not new among students – who are away from home and may struggle to manage their workload – but that now  “finance and debt problems are adding increasing pressures.”

And there’s more. Just days after the figures were released, an inquest found that 23-year-old student Toby Thorn’s £8,000 debt was a major contributory factor in his suicide in July last year. Toby wrote his suicide note on the back of a letter from Barclays bank demanding the repayment of his £3,000 overdraft. He had racked up an additional £5,000 of student debt after dropping out of his computing course at Angela Ruskin University in his third year. Toby’s mother Anne told the Daily Mail:

“Young people can’t find jobs, so they can’t see a way out of debt. I had no idea his debts were bothering him so much. I don’t believe that’s the only reason why he took his own life but it must have been a big contributing factor. Young people should be encouraged to reach out for help, but debts are making them feel backed into a corner.”

Since Toby’s death, Anne has become a trustee for PAPYRUS a charity which aims to prevent suicide among young people. (If you’re in a bad place right now, please contact them straight away – we promise they’re good folks).

Graduate Fog is deeply concerned about the current state of mind among students and graduates as the cost of a degree soars and the economy continues to make it tough for young people to get their careers going and start earning a decent wage. A story from April 2010 about the death of 21-year-old job-seeker Vicky Harrison is still a very popular page on Graduate Fog, seemingly found by users who discover this site when they Google ‘graduate suicide’. Some of the comments are from those of you having serious difficulties coping with the often harsh reality of life after graduation. Others are from fellow Graduate Foggers simply showing their support. We are continually moved by the honesty that the first group displays here – and well as the care and time that the second spends letting them know they are not alone.

But it seems it’s too early for the experts to be convinced that there is a clear link here. Of the new figures, ONS research officer Andrew Yeap admitted that rising tuition fees and worsening job prospects could be involved – but warned against drawing conclusions due to the small numbers involved.

*Thinking dark thoughts?
We promise you’re not alone – and there is help available. Please contact PAPYRUS or the Samaritans now. Suicide is always a tragic waste and it’s never the solution to anything.

*Is graduate suicide set to rise?
Do you worry that spiralling student debt and anxiety about future job prospects could trigger a rise in graduate suicide – or are there too many other factors involved to be able to make that link? If you’re a graduate who’s come through a difficult time, how did you manage to turn things around – and what do you know now that you wish you knew then?