Scared students applying for 7 jobs… before they even graduate! 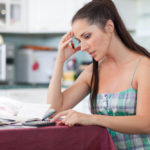 UNDERGRADUATES TWIG THAT THEY NEED TO GET ORGANISED

The hunt for a graduate job has never been so competitive – with a record number of job applications being sent earlier than ever before, according to new research by High Fliers.

The study of more than 18,000 students found that graduate job applications are at a record high, with students submitting an average of more than seven applications each before they even leave university, the highest level found in 18 years of their research. It suggests that news about the toughness of the graduate job market is filtering through to those still at university, who are realising they need to get organised if they are serious about finding work quickly once they graduate. The highest number of job applications was from students at the London School of Economics, who sent an average of more than 11 applications.

High Fliers, who produce graduate recruitment data, interviewed students from 30 universities across the UK. The found that applications are being sent earlier than ever before. 41% of finalists said they made at least one job application almost a year before graduation. This is compared to 37% in 2011, 31% in 2009, 28% 2006 and 25% 2001.

Martin Birchall, managing director of High Fliers, said that intensive job hunting has become the norm for most UK students:

“The survey shows just how hard today’s university students are working to secure a graduate job at the end of their degree. Record numbers of students are now choosing to research their career options in their first or second year at university, rather than leaving job hunting until the final six months before graduation.”

“Work experience is no longer an optional extra for university students, it’s an essential part of preparing for the graduate job market.”

This research highlights that employers are facing an ever increasing number of applications for graduate jobs. The survey estimates that there have been 427,000 job applications last year from the 30 universities in the survey alone – that’s almost double from five years ago.

*HOW MANY JOBS DID YOU APPLY FOR BEFORE YOU GRADUATED?
Did you leave it too late? O did you start applying early – but just not have any luck? Looking back, when should you have started thinking about what you were going to do after uni? And when should you have started applying for jobs? Do you regret leaving it so late, or were you concentrating on your exams? Is it fair to expect students to start thinking about jobs before they’ve even finished their degree, or should you be allowed to enjoy your time at uni while you’re there? Please post your thoughts below!