Milkround: Why we dumped adverts for unpaid internships 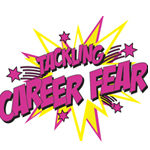 “WE SHOULD HAVE BACKED YOUNG JOBSEEKERS FROM THE START”, BOSS ADMITS

Today Milkround, the leading UK job board for graduates, has made a stunning announcement that they will no longer run adverts for unpaid internships – and they would back new legislation to make it illegal to advertise illegal unpaid internships. But that’s not all – they’ve also admitted they should have done it much, much sooner. In a jaw-dropping exclusive article for Graduate Fog, Jenni Joplin, General Manager at Milkround, explains why their website is proud to join the fight for a fairer deal for job-seeking graduates…

The UK’s biggest job boards have announced we are united in calling for a ban on the advertisement of illegal, unpaid internships.

Frankly, it’s about time. For too long, the recruitment industry has stayed shamefully silent on this issue. The truth is we were nervous about challenging our advertisers over the positions they wanted to promote on our sites. We now see that was a mistake. We should have backed young jobseekers from the start.

But it’s never too late — and we plan to make up for it now. In May, Monster became the first UK job board to state publicly that it would remove any adverts for unpaid internships that appear to break the minimum wage law.

And they went a step further, saying they would back legislation to make advertising unpaid internships illegal. (At the time, this meant a ten-minute bill proposed by Labour MP Hazel Blears.)

It was a bold move which took the rest of the industry by surprise. But it has not taken us long to realise that we must all follow — and now Milkround, Total Jobs, Reed, Prospects, Target Jobs and Guardian Jobs have all made the same pledge.

This is significant for many reasons. Job boards have accepted our responsibility to support young people in their search for paid work in the UK without being exploited.

It is also vital for them to know that their contribution has real — yes, monetary — value to the UK’s businesses. At Milkround, we are passionate about giving job-seeking graduates career confidence. How can they have that when unpaid internships imply (wrongly) that their labour is worth nothing?

We also feel we have an important role to play in educating the surprisingly large number of businesses who simply don’t realise that having unpaid interns is illegal.

We accept the case presented by Tanya de Grunwald, campaigner and founder of Graduate Fog, that the display of these adverts across various job boards has served to normalise an illegal practice and created confusion among jobseekers and employers alike.

We hope that removing adverts for illegal unpaid internships from our websites will undo that and accelerate the cultural shift towards employers accepting that they have a legal and moral responsibility to pay young people a fair wage for their work.

And there is one final reason why our announcement is so significant. Now that the online recruitment industry has joined young people, parents and universities in taking a tough stance on this issue, we are only waiting for one group to get behind young jobseekers in supporting a ban on unpaid internships: our politicians. Many of whom have unpaid interns themselves.

Earlier this year, Hazel Blears announced plans to propose her bill in parliament to make it illegal to advertise illegal unpaid internships. Shamefully few MPs supported her idea, which was also publicly criticised by Nick Clegg.

His spokesperson said he feared that one of the “unintended consequences” of a change to the law would be the creation of a “black market” for the best (unpaid) internships. But there is no evidence to suggest that this would happen, and experts and campaigners like Graduate Fog and Intern Aware say the risk is small versus the huge gains to be made by tightening the legislation.

Meanwhile the website Work for an MP (w4mp) — run by the House of Commons — continues to advertise dozen of unpaid internships with MPs. MPs believe they are protected by an Independent Parliamentary Standards Authority (IPSA) ruling which states they are exempt from having to abide by the national minimum wage law. Campaigners and legal experts remain puzzled about how this can possibly be the case — but they are yet to find a former political intern brave enough to challenge it.

But — like us — the politicians will soon discover that they can’t stay silent on this important issue forever. When the moral and legal case for action is clear, you know it’s time to do the right thing.

*WHAT DO YOU THINK OF THIS ARTICLE?
Is it right that the big UK job boards are finally backing young jobseekers by pledging to remove adverts for unpaid internships? Please take a second to comment below – thanks!