9 of the worst unpaid internships in Britain 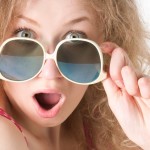 Buzzfeed has published a list of the most shocking unpaid internships ever to have been advertised or run in Great Britain – including many examples originally uncovered by Graduate Fog.

The shameful collection includes examples from nine penny-pinching employers who appeared to demand their young staff did proper jobs for them – while paying them less than the national minimum wage for their labour. Many of the internships included were first discovered and exposed by Graduate Fog, including placements with Harrods, Tony Blair, Miss Selfridge and Dalkey Archive Press. Other employers named and shamed were Alexander McQueen, Sony, Reading FC, MPs David Gauke and John Leech, and private jet company Victor.

*WHICH IS YOUR FAVOURITE BAD INTERNSHIP?
Of the nine listed, which do you think is the most outrageous and why? Are there any unpaid internships which should have been included but didn’t make the list?