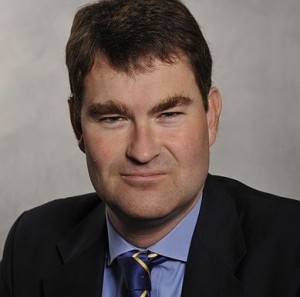 TREASURY OFFICIAL REPORTED TO HIS OWN DEPARTMENT FOR INVESTIGATION

* STORY PICKED UP BY GUIDO FAWKES! *

A Conservative MP who is also a senior figure at the Treasury has been reported to his own officials at HM Revenue and Customs over a mysterious six-month “training post” he is advertising, which pays “reasonable expenses” only. The resulting investigation could see him being grilled by his own department.

A well as being MP for South West Hertfordshire, David Gauke has been Exchequer Secretary to the Treasury since May 2010. His role description states that he is the “departmental minister for HM Revenue and Customs”, the body in charge of enforcing the national minimum wage law for vulnerable workers, including interns. Yes, seriously.

Graduate Fog discovered the advert while researching targets for our “Shame intern Scrooges” campaign, which we’ve been running all week. Every day, we have named an employer currently advertising positions which look to us like they could be unpaid internships (including positions with JOY, Vivienne Westwood and Julien Macdonald) – or where we have been unable to gain clarity on the nature of the position from the employer themselves. Our friends at Intern Aware then hand the details on to HM Revenue and Customs, who last month promised to investigate all cases passed to them.

To the untrained eye, Gauke’s advert seems almost innocent (Link dead? See screen shots below). But Graduate Fog has fair reasons for demanding further investigation by officials. With four years’ experience of scouring internship adverts, we’re well aware that clever wordplay can be used to try and disguise the fact that what’s on offer is an unpaid job. We’re not saying that’s what’s happened here, but few things about Gauke’s advert caught our eye.

First, the term “training post”. (Eh? What does that mean?) Second, that it’s being aimed squarely at “graduates and undergraduates” (If this is truly a volunteer role, why specify that?) And third, its eagerness to stress that “many former trainees have found the course most valuable in securing permanent positions in politics or public affairs”. (Hmm. A “valuable” unpaid position a graduate does in the desperate hope of moving on to a permanent, paid job next… Where have we heard that one before?)

So, we didn’t have conclusive proof Mr Gauke’s “training post” was legally iffy – but we did feel there were enough flags to justify an email asking him some questions. Unfortunately, Gauke seemed reluctant to provide the clarification we were looking for, which was a bit annoying. Here is what happened when we tried:

I am writing to you from the graduate careers blog Graduate Fog, about the position of ‘Training Post’ which we have seen advertised on W4MP. This is the link: http://www.w4mpjobs.org/JobDetails.aspx?jobid=43176

The advert states that the position is paid expenses only – can you please explain why? From the advert it sounds very much like this person will be contributing lots of useful, valuable work to your organisation. As such, surely they should receive a wage for this?

The next day, he replied:

To: Graduate Fog
From: David Gauke

Many thanks for your email. The position is for someone working for South West Hertfordshire Conservatives. As with most constituency associations, most of the work is undertaken on a voluntary basis. This is advertised as a position for a volunteer, enabling the successful applicant to gain experience of political campaigning and office work — working alongside association officers who are also volunteers.

It was a start. But many of our questions remained unanswered – and we still weren’t clear on the nature of this “training post” role. We also noted that Gauke didn’t dispute our assumption that it involved lots of real work. And was it a “course” a “training post” or a “volunteer” position? We were confused. So we wrote back:

Thanks for this response David.

However, I suspect Graduate Fog’s readers will feel quite strongly that what you describe is not a true volunteer position.

The text makes clear that the person who takes this role will do so because they are desperate to gain the experience and are hoping that it will lead to a full-time position, not because they are offering their time out of pure altruism. Do you not agree that someone’s motives for taking a position have an impact on whether the role is true volunteering?

In addition, can you clarify what you mean when you refer to this “course”? I am confused – is this a “course”, a “volunteer” position or a “training post”? You appear to keep changing your mind.

This time, there was no reply. So we wrote again:

Do you have any further comment to make on this matter?

Also, if – as you insist – this is a training post, can you tell me more about who does the training? What structured learning or lessons are provided? And will the person who takes this position gain a qualification at the end of it?

And what would count as “reasonable expenses”?

Two days later, we are starting to suspect that Mr Gauke no longer wished to continue this conversation. So this morning we sent him this:

I was hoping to gain some clarity over the nature of this “training post” and why it is unpaid, so I’m disappointed you have stopped replying to my emails.

As a result, I would like to inform you that a screen shot of the advert has now been handed to HM Revenue and Customs. I and my fellow campaigners at the pressure group Intern Aware will follow up on progress with the case in due course.

We will let you know if he responds to that one.

What do you make of Gauke’s “training post”?
Is it a genuine “volunteer” role, as he claims? Or does it sound like it could be an unpaid internship? Comment below!

Here are screen shots of the advert: 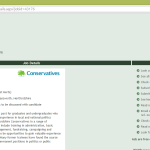