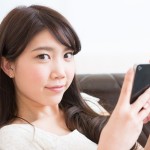 AND RECORD NUMBERS SEARCHED ONLINE BETWEEN CHRISTMAS AND NEW YEAR

Haven’t started your 2014 job hunt yet? You’d better get cracking – as you’re already behind the competition. New figures show that record numbers of jobseekers logged on to search for jobs online between Christmas and New Year this year. And thousands of people didn’t even take Christmas Day off.

Online jobs matching website MyJobMatcher.com says 65,035 people were actively looking for jobs on its website between Christmas Day and New Year’s Day 2014 – and 11,483 even used the website to apply for positions on Christmas Day itself. (Don’t forget, this is just one website – so the total figure will be far higher). Chris Smith, chief executive of MyJobMatcher.com’s parent company Opinio Group, told Graduate Fog:

“These figures are revealing as our website is usually relatively quiet over Christmas and New Year. Clearly, jobseekers are now realising that the quality of jobs on offer is rising as the economy recovers, and, if they want to stay ahead of their rivals, they have to use the holiday period to get ahead.

“It’s telling that the number of people using MyJobMatcher.com this year represents a three-figure per cent rise on the 2012 Christmas period. Rather than spend their leisure time shopping, jobseekers were visiting our website to be matched up with their perfect job for 2014.”

The site’s traffic was pretty healthy for the whole of December – MyJobMatcher.com says it processed nearly 600,000 job applications that month. Graduate Fog is impressed by the dedication of these determined jobseekers. Yes, the Christmas holiday can be a good time to relax and switch off. But knowing that you don’t have a job to go back to in January is stressful too, so it’s not surprising that some graduates chose to use this quiet period to get ahead of the competition for 2014.

*JOBSEEKERS – DID YOU TAKE CHRISTMAS OFF?
Are you impressed that so many jobseekers refused to stop job hunting, even during the Christmas holidays? Or is it sad that they didn’t feel they could take a break? Did you press on with your job hunt over the festive period – or did you have a break in order to start afresh in January?

STRUGGLING TO GET YOUR 2014 JOB HUNT GOING?