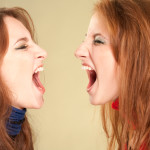 Almost half of young people aged 20 to 24 – including thousands of graduates – are still living at home with their parents, official figures show. Experts blamed the record rise on the recent economic downturn, the cost-of-living crisis, rising house prices, high unemployment and low incomes among those who are working.

The survey looked at young people aged 20-34, but the sharp growth of the 20-24 age group – which includes thousands of graduates – was by far the most startling.

The ONS also found young men were more likely to live at home than young women.

London has the lowest rate of 20 to 34-year-olds living with their parents, with the figure at 22%. Northern Ireland has the highest proportion of young adults living with their families at 36%, followed by the West Midlands at 29%. Earlier this month, we reported on the job ‘blackspots’ already appearing in rural areas around the UK.

“I think one of the main reasons is housing affordability, and that’s been cited by several academics who’ve looked into it. It’s hard for young people to get on the housing ladder.”

Graduate Fog knows that many of this website’s readers are living at home. While some of you are happy with your set-up, many of you say you would love to move out and start and living independently. And, far from being a generation of spongers, most of you say you hate taking money from your parents.

*STILL LIVING AT HOME WITH YOUR FOLKS?
Do you like living with your family – or are you desperate to move out? Do they let you live cost-free – or do you pay rent? What is stopping you from getting a place of you own? How much money do you need to save in order to move out? How do you feel about portrayed by the media as a generation that ‘sponges’ off your parents?