“Another dentist appointment?” How to sneak off to an interview (when you already have a job) 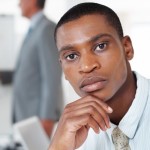 EXPERT TIPS FOR TUNNELLING OUT WITHOUT AROUSING SUSPICION

It’s a tricky one – how do you sneak off for an interview, when you already have a job?

A new survey has found that the most common fib that workers tell their bosses is to say they have a doctor’s appointment (44% said that was the best solution). Claiming to be ill was the next most popular excuse for their absence (15%). One in ten (12%) would say they had a childcare emergency, and 8% would say they had to stay home to sign for a delivery or supervise a repairman, according to near research from recruitment website Monster.co.uk.

It sounds like a silly problem – but many of Graduate Fog’s readers will know that it can be a serious one too. When you’re applying for lots of jobs, it’s likely you will have a number of interviews in a short space of time – especially as many graduate employers demand several rounds of interviews. Does it matter if you fib to your employer, especially if your current role is a stop-gap job, like bar shifts or shop work?

Monster published a three point guide for jobseekers trying to duck out of their current job for an interview, recommending  that you:

Ask to be interviewed early, late or outside work hours Consider asking for a slot first thing in the morning or in the early evening to cut down on absence time. Some employers may even offer slots outside of working hours if you ask — and they’ll respect your dedication and work-ethic.

Don’t lie – keep excuses vague Think of using words like ‘appointment’ or ‘commitment’ that don’t invite a lot of questions but equally aren’t untrue. The problem with citing medical appointments is that they are questionable after a while — especially when you’re looking fit and healthy.

Make up any missed time If you have the opportunity to work flexi-time then consider using that option to ensure you don’t need to miss work at all. Alternatively, see if you can take a day or even half a day’s annual leave and line up more than one interview for the same day.

If you’ve encountered this problem, how did you get around it? If you lied to your employer, how did you feel about being dishonest? Do you think staff and bosses should be more open about interviews? Should employers be more flexible about offering out-of-hours interviews to candidates who already have jobs? Do you have any genius ways to sneak out of work for an interview for better job? Post your ideas below!

Related articles across the web