Want to join the police? Pay £1,300 before you can even apply 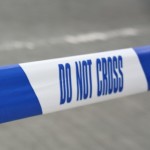 Graduates considering joining the Metropolitan Police are being put off by the high cost of a compulsory new certificate they must have before they can even apply, Graduate Fog can exclusively reveal. Yet today the Prime Minister arrogantly dismissed concerns and insisted in Parliament that “It is not a barrier to recruitment”.

The Commissioner of the Metropolitan Police said last week that he is committed to ensuring London’s police force reflects the diversity of the city it protects. So Graduate Fog is alarmed to learn that the force’s new recruitment policy is actively deterring candidates from poorer backgrounds, by stating that wannabe coppers must fork out up to £1,300 to study for a compulsory new Certificate in Knowledge of Policing (CKP) before they can even apply for a job with the Met. Even once they have this, a job is not guaranteed — but it’s tough luck. The fee is non-refundable.

The course is 300 hours, of which 100 are ‘directed learning’ and the rest are ‘home study’. When we questioned the College of Policing, a spokesperson said the change had been made as “the police are moving in a direction of being a true professional service, similar to other professions such as medicine and law” and it is a positive step that candidates now have responsibility to “educate themselves” on policing and “take responsibility for their learning” and show “commitment” to their future as a police officer.

Meanwhile, the Met denied that the hefty price tag for the pre-entry qualification could be off-putting to applicants from poorer backgrounds, and assured us that “financial support mechanisms” — including interest-free loans — are soon to be introduced for less well-off candidates.

Although the planned policy raised some concerns in January including objections from Labour MP Siobhain McDonagh and social mobility chair Alan Milburn and some strong reactions from the public on Twitter, the story has so far been largely unchallenged and given very little media coverage. It had certainly slipped under our radar. But when one of our users emailed to say he had changed his mind about applying to the Met purely because of the cost of the CKP fees, we realised something was seriously amiss.

Some concerns were raised in January about the CKP

Rob, 25 — who has a BA in Politics and International Relations at the University of Reading and an MA in History from Queen’s University Belfast — told Graduate Fog how he decided against applying to the Met when learned about the fees for the CKP:

“I’ve always been interested in policing and — living in London — I was happy to see that the Met were recruiting. However, I couldn’t believe it when I saw I’d need a specific qualification — costing up to £1,300 — before I could even apply.

“Researching the Certificate of Knowledge in Policing, I discovered the course content seems to be little more than basic legal theory that I assumed would be considered part of basic training for successful candidates, once they’ve been accepted. I was amazed that no refunds were offered for those who were unsuccessful and I saw no mention of any loans or grants to help poorer candidates.

“When I contacted the Met’s HR department, they emailed to say ‘This is an occupation related qualification which has been recently introduced.’ That was it.

“Having had only temporary employment since graduating, I decided not to apply, for the simple reason that if I was rejected, it would be wasted money.

“I graduated with £20,000 of student loans and there is no way I can afford to gamble more money on a job I could be rejected for at any stage. I don’t feel it’s fair for the Met to ask for applicants to pay for their own training for a job they may not get — and they will certainly miss out on other young candidates like me who are worried about money. To lots of young people, the £1,300 price tag for the CKP is certainly enough to put us off from applying.” 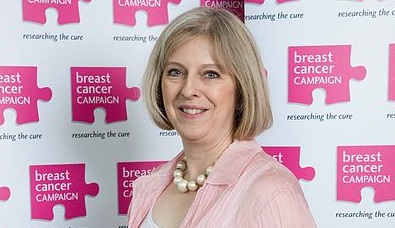 Theresa May: So far silent on the CKP

A spokesperson for the College of Policing told Graduate Fog:

“There are a lot of changes happening in policing at the moment and as part of that, the job of the College of Policing is to professionalise the service.

“The police are moving in a direction of being a true professional service, similar to other professions such as medicine and law.

“The Certificate in Knowledge of Policing was introduced last year as part of this and like most professions, candidates are required to have undertaken study in the area they wish to work.

“There was nothing in place before the certificate, so now candidates have the chance to educate themselves on policing and take responsibility for their learning.” 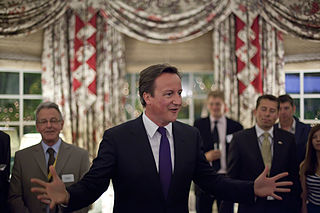 And the Metropolitan Police emailed us to explain:

“We want to attract the very best people to join our service – people with a commitment to public service and with a knowledge and understanding of the uniquely diverse environment of London. We support any initiative that’s about raising standards and competence in policing, and the CKP has a role to play in that.

“The Winsor Review outlined the direction of travel for police constable entry standards and pre entry requirements for new recruits. Recommending that from April 2013 all recruits should have either a level-3 or an equivalent police qualification that is recognised by the Sector Skills Council.

“As such, Police Regulation 10 has been amended to reflect police constable pre-entry requirements. The CKP was developed in partnership with the College of Policing and Skills for Justice. Against this backdrop the MPS decided to adopt the CKP as a pre joining requirement in July 2013.”

Although the College of Policing created the content for the course, the cost is set by course providers (FE, HE or other training professionals), who charge between £500 and £1,300 per student. To young jobseekers, that’s a lot of money. Aren’t they concerned poorer candidates might be put off? Apparently not. The Metropolitan Police told us they are confident that a new loans system will fix any problem:

“A full Equality Impact Assessment was undertaken as part of the decision making process; this flagged the potential for adverse impact on individuals from BME backgrounds. To mitigate we are introducing financial support mechanisms. From early 2014, the Metropolitan Police will be offering financial support with the cost of the CKP in the form of an interest free loan. This financial support will be available on the basis of London residency and means tested household income.”

So what’s actually in this course? The contents appear to be similar to what they would expect to learn through on-the-job training once they have been accepted on to the force. The College of Policing spokesperson told us:

The Certificate gives you the knowledge and understanding of policing and police law, and to demonstrate some of the critical decision-making skills that are required for the job. It covers a wide range of subjects, which include:
– Using police powers in a fair and just way
– Social and community issues and neighbourhood policing
– Responding to incidents and providing initial support to victims and witnesses
– Conducting Investigations
– Searching premises and searching individuals within a policing context
– Participating in planned policing operations
– Interviewing witnesses and suspects
– Victim support
– The criminal justice system
– Legislation, policy and guidelines

Er, so that’s basically how to do the job of a police officer, then..? In addition to David Cameron’s comments in Parliament today, here is what he said when concerns were raised at Prime Minster’s Questions in January:

“What we’re trying to do through the college of policing, is to even further professionalise this vital profession but I’ll make sure the home secretary contacts her [McDonagh] about this particular issue.”

As far as we are aware, the Home Secretary Theresa May has never commented on the Certificate of Knowledge of Policing or its potential impact on police recruitment.

* ARE THE POLICE RIPPING OFF YOUNG APPLICANTS?
Is it fair to ask applicants to pay for their their own training, before they’ve even been offered a job? Or should the CKP be scrapped? If you were considering applying to the Metropolitan Police, would the £1,300 fee be enough to put you off?