Does Beyonce really pay her interns in Pepsi and selfies? 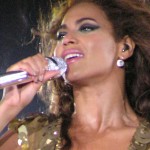 An advert has appeared in which the global superstar and multimillionaire Beyonce Knowles appears to be looking for unpaid summer interns, who she plans to pay in Pepsi and selfies.

The advert states that the singer is seeking “Summer Public Relations Interns” for a position in New York City.  Potential applicants are told: “This internship is unpaid, but interns will receive school credit and unlimited Pepsi products during their internship. Interns will also have the opportunity to take three (3) selfies with BeyoncÃ© over the course of the internship.”

According to the job description, successful candidates will “organize and maintain the official BeyoncÃ© archive”, as well as “finding unflattering BeyoncÃ© photos on the Internet and requesting their removal” and “helping to compile Blue Ivy’s official baby book”. Despite being unpaid, applicants are warned: “Please note that interns will be subject to a strict non-disclosure agreement in connection with their interactions with BeyoncÃ©, Jay-Z, Blue Ivy and Solange.”

Here is the advert in full:

Interested candidates are then invited to request an application pack (and asked which Beyonce song they most identify with):

But those who apply will be disappointed – as it turns out the advert is an April Fool’s hoax:

We’re not 100% sure what the point of this is – any ideas? All we know is that this advert – surely intended to be a parody – isn’t much more outrageous than many of the internship listings we’ve seen in the last few years from dozens of famous people and big brands… 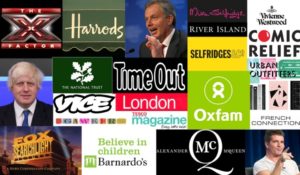 *HAVE YOU SEEN OUR ULTIMATE WALL OF SHAME?
Check out who’s been employing – or trying to hire – unpaid interns!