More graduate jobs are coming! But salaries are set to drop… 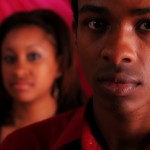 Graduates have received mixed news today as it emerged that the number of graduate jobs available is set to rise this year — but the salaries offered will drop. One analyst has even admitted that in real terms the Class of 2014 will be paid less than the Class of 2008, as employers know they still hold all the cards and can afford to drive down wages.

According to a new report from Incomes Data Services (IDS), which surveyed 100 firms — from big to small — employers are expecting to hire 18% more graduates this year, following a modest upturn of 4.3% last year.

Things are looking especially good for graduates keen to enter financial services, where recruitment is expected to increase by 42% this summer, following a fall of 3% in 2013. There is also good news for those pursuing careers in the manufacturing and service sectors — both are expecting to increase their graduate recruitment by 22%.

In both 2013 and 2014 the median “increase” in starting salaries was zero. Just 22% of graduate employers now offer their new recruits a “golden hello”, down from half six years ago. Law firms offered the highest median graduate salaries last year, at £35,000, followed by financial services firms with £26,500.

IDS said the boost in the number of vacancies would be welcome news for the growing numbers of candidates chasing each job — especially as the research shows there were 60 applications for every vacancy in 2013 compared to 49 in 2011. But the news on salaries was a sign that employers are aware that they still hold all the cards. Nasreen Rahman, Assistant Editor at IDS, said:

“Recruitment prospects for this year’s crop of graduates look brighter than they have for a long while as the number of job opportunities is set to rise sharply.

“Some sectors such as finance appear to be making up for lost time, aiming to recruit several times more graduates in 2014 than they did in 2013.

“[But] employers are keeping a tight lid on what they are willing to pay their new recruits. Graduate starting salaries are still effectively frozen, so those fortunate enough to be recruited onto a training programme will be paid less in real terms than their predecessors as employers take advantage of the competition for places. The class of 2014 will be paid less than the class of 2008.”

It is always good news to hear that the number of graduate jobs is set to rise – and we suspect that readers won’t mind that salaries are frozen if it means there are more jobs around. However, Graduate Fog is disappointed to hear that some employers continue to view the competition for jobs as a reason to keep graduate salaries from rising as they should.

*ARE EMPLOYERS TAKING ADVANTAGE OF GRADUATES’ DESPERATION?
Is it unfair that bosses are taking advantage of the stiff competition for jobs to keep wages at 2008 levels? Or are you okay with earning a smaller graduate salary, as long as it means there will be more graduate jobs available?