Looking for the exit already? Most graduates have changed careers once by the age of 24 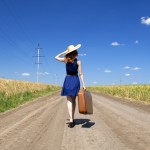 ARE YOU PLANNING TO SWITCH OR STICK?

Most of today’s graduates have already changed careers at least once by the age of 24, new research has found. So if you’ve started your career and are already thinking about quitting, you’re in good company. This is also good news the Class of 2014, who may be worried about making a ‘mistake’ when choosing their first job. A ‘false start’ is not only normal – but it may actually be a good thing in the long-term.

New research showed only half work in the same field that they graduated in but a staggering 19 out of 20 have changed jobs at least once within three years of graduating. A tenth have even had three different jobs and a third spent on average only three to six months in each job.

A third blamed financial reasons for changing jobs while one in ten went to start their own business. But two out of five savvy graduates said they the main reason for changing role or industry was to acquire new skills and continue learning with communication and creative skills deemed to be the most valuable transferable skills acquired in professional life.

While half choose a degree with the intention of working in a particular field, one in seven fail to find a job of their choice on graduating. The poll of 2,000 graduates was conducted by New College of the Humanities. Spokesperson Swatee Jasoria said:

“With the current economic climate and a number of sectors destined for growth, the traditional career path has evolved into more of a long and winding road.

“Graduates need to become adaptable, and build a personal portfolio of skills, which increasingly takes them into different roles and industries.”

Graduate Fog is not surprised by these figures. The days when graduates picked a career aged 21 and stuck with it for life are long gone – and we think that’s a good thing. It shows that today’s graduates are trying a job out out, learning from it and moving on to something that suits them better. Tanya de Grunwald, Graduate Fog’s founder – and author of How to Get a Graduate Job in Recession – says

“To graduates who don’t know what they want to do when they graduate, I always say ‘Stop obsessing about it – just to get out there and do something you think you might like for a year or two’.

“It’s really hard to pick your career in a vacuum – either at uni or when you’re not working. Graduates who try and do that often find they make dodgy decisions. Many admit they used TV as their main research tool – picking law because they liked The Good Wife, or advertising because of Mad Men.

“From every job you do, you gain more skills so you become a more useful employee for your next job, even if that turns out to be in a different industry. But you also learn about yourself – what kind of role, work and company suits you best. The best time to make decisions about your career is when you some data to work with. When you have a bit of experience behind you, and it’s becoming clear what sort of work you enjoy and what you’re good at. “

And Tanya thinks around 24 is a good age to make a change, if your first job after uni doesn’t suit you as well as you’d hoped:

“At 24 you have enough experience to be attractive to employers who aren’t up for having to train someone straight out of uni. You’ve cracked how to behave in a professional environment – you’re not completely ‘green’. But you’re young enough that you’re not ‘stuck’ in the thinking of one industry, or institutionalised at one company.”

She also thinks graduates have realised – before many other older workers – that the stigma about being a “job-hopper” is diminishing, and it’s normal to have more, shorter roles on a young person’s CV, as opposed to one or two long stints. And Tanya has this advice for any graduates considering quitting their first job after university:

“Don’t quit on a whim, just because you’re not loving all of it. No job is fun and fascinating 100% of the time, so to a certain extent you have to adjust your expectations. As long as you’re learning something and there are parts of the job you are enjoying and seeing results from, stick with it for a while – you’re gaining good experience that will be valuable in whatever you move on to next.

“But if you know what you want to move on to and you think you’ve gained the experience and skills you need, there is no need to hang around for fear a short stay somewhere will look bad on your CV. In today’s fast-changing world of work, everyone is moving more frequently. Shorter stints are becoming the new norm.”

We think this is fascinating and would love to hear what Graduate Fog’s readers think. If you’re in your first graduate job, do you plan to stick with it – or are you already looking for the Exit sign? We’d love employers to chip in too. Why are so many graduates making ‘false starts’ with their career – and does it matter? What do you think when you see a CV from a graduate who has worked in two or more industries already?