Skint but cheerful: Meet the graduates who refuse to get depressed about their debt 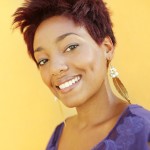 How rich (or poor) do you feel – and does it get you down? Or do you refuse to worry about it?

Graduate Fog has noticed a wide range in attitudes from readers, when it comes to work, jobs, salary and debt. While some of you are struggling emotionally as well as professionally and financially, others seem remarkably upbeat about their ongoing battle to establish a career. What’s going on?

Horrendous figures emerged this week from the Institute of Fiscal Studies (research funded by the Joseph Rowntree Foundation), showing wages for under-30s have dropped by 11%, and over a quarter of people aged 22-30 still live with their parents.

But a Channel 4 News report provided a fascinating insight into this age group’s attitude towards the future. Economics editor Paul Mason interviewed Charlotte Osborn and Samara Tompsett, both 27, who run a ‘collective’ set design company called Morning. Both women – who had done internships, part-time work and moved from job to job since graduating – looked pretty skint. But they also seemed remarkably cheerful and hopeful. This is how the interview went:

Here is the report in full:

We have heard from graduates who say they simply never think about the size of their debt, or how long it will take to pay it off (if they ever do). You also say that since you’re all in a similar position, there’s a “We’re all in this together” sense of camaraderie. And we know that Millennials (urgh, sorry) value how you feel about your work above how much you earn. Is a whole generation sticking its head in the sand when it comes to money? Or have you rejected materialism and achieved a zen-like ability to live in the present, rather than worrying about the future?

*HOW DO YOU FEEL ABOUT YOUR FINANCES?
Do you think about your debt – or just ignore it? Are you worried about the future, or do you try and live in the present? We’re fascinated by this subject, so please share your views below!