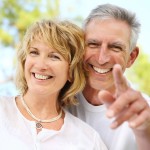 Almost half of Great Britain’s 20- to 24-year-olds are still living with their mum and dad, according to new figures from the Office for National Statistics. Are you one of them?

Campbell Robb, chief executive of housing charity Shelter, said the plight of the ‘clipped wing generation’ demanded urgent attention from politicians. And National Housing Federation chief executive David Orr said that “empty nest syndrome” experienced by parents when their adult offspring move out is becoming a thing of the past.

Graduate Fog sees many reasons for this phenomenon. Too many people in this age group are stuck doing unpaid internships, low-paid casual ‘stop-gap’ jobs or zero-hours contracts. Others are claiming Jobseeker’s Allowance. Meanwhile, the cost of living keeps rising. In particular, you say rip-off rents and unaffordable transport costs are make it impossible for you to be financially independent in the years straight after you graduate from university.

Which of these factors is the biggest problem for you? Or have we missed something out? And if the government could only solve one of the problems you’re facing, which should it be?

*ARE YOU A GRADUATE LIVING WITH YOUR PARENTS?
How long have you been living with your mum and dad? What is stopping you from getting your own place? Share your experiences below…