Young people are being shafted – so why don’t more under-35s VOTE? 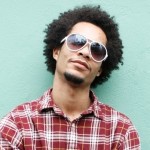 CAN’T BE BOTHERED – OR CAN’T SEE THE POINT?

The UK’s under-35s could decide the result of the 2015 general election, says new research – but that’s only if they bother to vote.

The list of problems facing young people seems to grow every day (student debt, poor job prospects, unpaid internships, low pay, zero-hours contracts, bad landlords, rip-off rents, sky-high property prices…) So why aren’t more of them engaging with the political process? Is it because they can’t be bothered – or do they feel the system is so stacked against them that they can’t see the point?

New stats from the  TUC — released during the organisation’s Young Workers’ Month — show that in the 2010 election just 33 per cent of 18-34 year olds voted, compared to 64 per cent of those aged 35 years and older. The TUC’s number-crunchers say that in order for the voting rate for under-35s to match that of over-35s, four million more young people will need to register (and turn up) to vote at the 2015 General Election than they did in 2010.

Earlier this month, a charmingly-titled piece in the Telegraph (If you’re under 30, bad luck – you’re screwed) claimed young people “deserve to be robbed blind” by their parents’ generation – unless they start to engage seriously with politics. The author of the piece – entrepreneur Alex Proud, owner of Proud Galleries – suggested that too many young people are too lazy or self-involved to bother, writing:

“…by all means agree with Russell Brand when he tells you the system has screwed you. Like him on Facebook and retweet his polysyllabic but baffling bon mots. But for Gods’ sake learn a little bit about how the system works too. You need to do more than take 30 seconds out of Facebooking your mates in Thailand to sign an online petition or upvote a video. Social media’s great for getting Dapper Laughs kicked off ITV2, but not so good for influencing long term policy.

“You need to get involved and you need to vote. This is the only way politics will reflect your views and needs. And you need to do this now because the demographics are stacked against you. Every year there are more and more old people. If you don’t change things soon, the status quo that serves you so poorly and them so well will be locked in for a generation.

“Finally, if really you think you can’t change anything by voting, you’re very, very wrong. Had you turned out at the same level as your parents in the last election, you could have changed the result.

“It’s unlikely you’d have won it for Labour (even though you skew heavily left) but you might have made it impossible for Cameron to form the coalition that’s done so many things you hate. If you really think that’s nothing, then you deserve to be robbed blind by your parents.”

Graduate Fog’s readers are a pretty switched-on bunch, so we’re asking you: do you and your friends plan to vote in the general election in May 2015? Why is politics such a turn-off for many young people? Is it apathy – or do they feel there is no party that represents their views? We’d love to know what you think, so please comment below – thank you!