An insult to workers? Minimum wage set to rise… by a measly 20p per hour 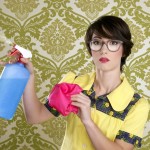 Good news for graduates doing low-paid internships, shop jobs and bar work: the national minimum wage is set to rise in October 2015. The bad news? The new rate is just 20p per hour more than the current rate.

The 20p increase was recommended by the Low Pay Commission in February, but anti-poverty campaigners have expressed concern that it is still too low to make a real difference to cash-strapped workers. And, because these workers will still be reliant on in-work benefits – including housing benefit – it effectively means that taxpayers are subsidising employers who refuse to pay a wage that people can actually live on.

There are also concerns that Londoners earning the minimum wage are disproportionally impacted, as the cost of living in the capital is so much higher than elsewhere in the UK. This week, Labour MP Tessa Jowell called for a special London-only minimum wage, calling current pay rates in the capital “a scandal”.

The new minimum wage level will also see the gap grow between the minimum wage and the Living Wage. (The London Living Wage is now £9.15 an hour in London, and £7.85 in the rest of the UK).

“For the low paid to get a fair share of the recovery, this was a year in which we could have had a much bolder increase in the minimum wage.

“With one in five workers getting less than a living wage, this is nowhere near enough to end in-work poverty. Britain’s minimum wage workers should be very fearful of the billions of pounds of cuts to government help for the low paid that the Chancellor is planning if re-elected.”

Any increase in the minimum wage is good news for workers, and Graduate Fog is happy to see the government accept the Low Pay Commission’s recommendation. But as our politicians continue to insist that the UK’s economic recovery is now well under way, we can’t help wondering whether they could have asked employers to be a little more generous.

*WHAT SHOULD THE MINIMUM WAGE BE?
Should all employers have to pay the Living Wage, so that working people are no longer reliant on benefits? Or do you worry that forcing bosses to pay higher wages would put jobs at risk? If you’re on the minimum wage, how do you survive?