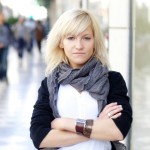 >> NEWSFLASH! This story has now been picked up by the MailOnline, Independent (twice), Telegraph, Express, Guardian, Sun, Huffington Post, Sydney Morning Herald, Vice, Cosmopolitan, Newsweek and Jezebel. And nearly nearly 20,000 people have signed the petition for the show to be axed!

The BBC has defended plans to air a controversial Hunger Games-style TV show in which jobless youngsters compete for a cash prize, insisting it is “a serious social experiment.” Meanwhile, a petition calling for the show to be axed has reached nearly 20,000 signatures in just a few hours (numbers correct at 15.000 on Saturday 20 May).

The BBC’s statement appears to contradict the casting call for ‘Britain’s Hardest Grafter’, which pitches it as a knock-out-style contest. A spokesperson for the broadcaster – who was also speaking on behalf of the shows creators Twenty Twenty – told the MailOnline:

“Britain’s Hardest Grafter is a serious social experiment for BBC Two which investigates just how hard people in the low wage economy work. Each week the contributors – who are all in work or actively looking – will experience a different ‘blue collar’ role as the series explores the truth about Britain’s work ethic. Throughout the series, the contributors are rewarded for the work they do.”

Yet the BBC’s statement does not appear to match the casting call for competitors, which clearly positions the programme as a competition. If you missed it, here it is again: 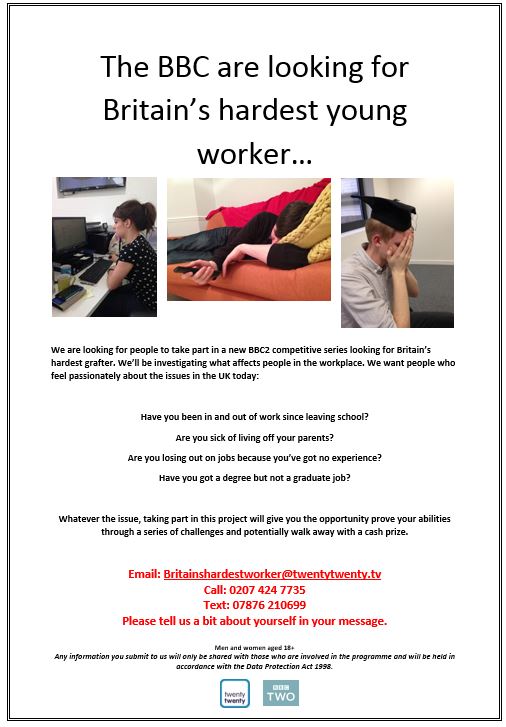 Public reaction to this story has been strongly critical, and suggests that the BBC has misjudged whether the sensitive subject of youth unemployment is appropriate material for a knock-out-style TV show format. And, since Graduate Fog’s exclusive investigation was first published, the story is continuing to gather momentum.

Yesterday, it picked up coverage in the MailOnline and the Independent – and the Daily Express, Telegraph, Sun and the Huffington Post have covered it this morning. (Is the Guardian asleep?)

“Unemployment and poverty are serious social issues and should not be the subject of a cheap game show format, designed to exploit some of the most impoverished in our society for the purposes of dubious “entertainment”.

“Not even the cheapest and tackiest of the cable or satellite channels have stooped to this level. We believe a higher standard should be expected from the BBC, a national broadcaster that is funded by public subscription in the form of the license fee.”

Do you agree that this show needs a re-think? Click here to sign the petition now! Here are some of the latest comments from those who have signed… 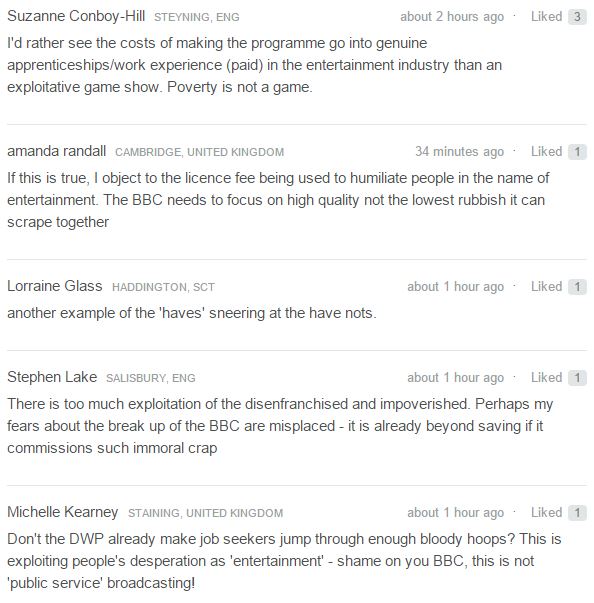