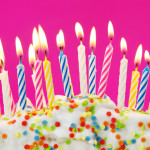 The Chancellor George Osborne has just announced the introduction of a new compulsory living wage of £7.20 per hour, which will take effect from April 2016 and rise to £9 an hour by 2020. Yet for some unspecified reason it will only be payable to workers who are aged 25 and over.

As far as we’re aware, no explanation has been given for this. It appears to be yet another example of the casual ageism towards young workers that we’ve come to expect from politicians, combined with the out-of-date assumption that young people can just live with their parents or sleep on friends’ floors indefinitely, rent-free.

Or perhaps it’s assumed those under-25 have fewer skills or less experience than older workers, simply because they’re younger?

But that doesn’t work either. A hard-working, 23-year-old could easily have more to offer than a less ambitious 25-year-old. Why should they be paid less just because they’ve had fewer birthdays?

We don’t get it. And Graduate Fog can only imagine the outrage if the Budget included an announcement that those aged over 60 were to receive a lower minimum or living wage than those under 60, for no apparent reason (We predict the Daily Mail would actually explode).

Taken together with the removal of housing benefit for those under 21, TUC General Secretary Frances O’Grady agreed that the Budget was harsh on Britain’s young people, saying:

“For young people, it was all bad news as they will not get the minimum wage boost and will suffer from cuts to higher education grants and housing benefit.”

Graduate Fog is baffled by this casual ageism – and even more so by the fact that so few people seem to question it. Tell us us again, George… why is the hard work of those under 25 not worthy of a wage they can actually live on?