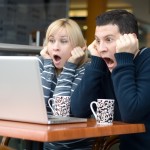 BRAVERY OR MADNESS? GRADUATE GOES PUBLIC – DESPITE STILL WORKING THERE

NEWSFLASH! 3PM 12 AUGUST 2015: ‘TENT INTERN’ DAVID HYDE HAS SENSATIONALLY RESIGNED FROM HIS INTERNSHIP, BLAMING HIMSELF FOR HIS PREDICAMENT BECAUSE WHEN HE TOOK THE JOB HE ASSURED HIS EMPLOYER HE COULD SUPPORT HIMSELF WITHOUT A SALARY MORE HERE…

Would you ever go public about your unpaid internship while it was still ongoing? A graduate interning at the United Nations has done just that – making headlines around the world by revealing he is living in a tent as he can’t afford the rent in Geneva, where the internship is based. Yes, that’s right – he’s doing press while he’s still doing the internship.

Graduate Fog is astonished by 22-year-old UN ‘tent’ intern David Hyde’s bold decision to speak to the global media about his situation before his internship has finished. Even more incredibly, Graduate Fog can exclusively reveal that the coverage is not entirely accidental. Since first being contacted by local Swiss journalists, the international relations graduate actively sought an ‘international’ media spotlight, approaching Graduate Fog founder Tanya de Grunwald earlier this week about bringing his story to a wider audience. In an email whose subject line was: ‘UN unpaid intern living in tent in Geneva’, David wrote:

Graduate Fog’s readers have discussed at length whether former unpaid interns have a moral obligation to report their employer once they’re in a strong enough position (having secured a paid job, or decided to pursue a different career entirely). The community is divided, but most agree that an intern has no duty to report the internship while it is still going on. That – most assume – would be career suicide.

Yet that’s exactly what David, who is from New Zealand, has done. Graduate Fog is waiting for clarification of David’s motivations. However, it seems his situation is slightly different from that of many unpaid interns – in that he is not hoping the internship will lead to a permanent job at the UN. Instead, his goal is to obtain the special certificate awarded to those who complete the UN internship.

Geneva Interns Association (GIA) is constantly fighting to lift standard of living of interns and accused the organisation for hypocrisy. “There is inconsistency by UN that promotes worldwide values â€‹â€‹such as non-discrimination, diversity and participation, but which does not apply to its staff,” a member of the Association told Swiss newspaper Tribune de GenÃ¨ve.

The United Nations and its agencies in Geneva employ over 160 interns annually and in 2013 over 60 percent were not paid, reports The Week. A United Nations spokesman told the Tribune it was up to each UN agency to determine whether interns would be paid.

We will be interested to follow what happens to David now he has ‘outed’ his employer so publicly. With the global media spotlight on them, we think are unlikely to terminate his internship.

But will he be given a talking-to by his manager? And will his fellow interns applaud his bravery – or be angry that he has spoken out?

Graduate Fog is always supportive of interns who blow the whistle on their employer – and we applaud David’s courage. And although his case is exceptional, his feelings are not. As he told Tribune de Geneve: “I may have been naive in coming here, but this policy [of not paying interns] makes me angry.” That anger will be familiar to many thousands of unpaid interns around the world. So perhaps he’s not so different from other interns, after all.

* IS IT CAREER SUICIDE TO COMPLAIN ABOUT YOUR INTERNSHIP BEFORE IT’S FINISHED?
Do you think David is mad or brave to speak out? Should more interns do the same, to bring attention to bad employers who take advantage of their young staff? Have your say below…