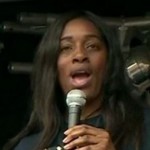 POSTING OF EXPENSES-ONLY ROLE WAS RESULT OF A “MISUNDERSTANDING”

* OOH! GRADUATE FOG QUOTED ON THIS STORY BY THE BBC, SUN, AND MAILONLINE! *

The advert for the ‘constituency intern’ position – working for Edmonton MP Kate Osamor – states that the position includes responsibilities such as “Community-based projects relating to the constituency, gathering, analysing, interpreting and evaluating data, presenting findings, general office and administration support [and] learning about and assisting with all aspects of support within a constituency office.”

The successful candidate must have “degree level or equivalent” qualifications and be able to demonstrate “enthusiasm” and “commitment for the full duration of the role” (the length of which is not made clear).

Here is the advert:

However, last night the website it was posted on – W4MP – appeared to have realised there was a problem with the advert, probably because journalists had begun to ask questions. In a section called “Additional Notes” was written: “Error in salary – notified to Bill on Monday night, taken down and they will resubmit.”

Today, Graduate Fog understands that Osamor’s office has given a statement to the BBC saying that the advert was a “mistake” caused by a “misunderstanding” and that the parliamentary internship will be re-posted with a salary of the London Living Wage (£9.40 per hour). Her spokesperson insisted: “Kate does not believe in paying anyone less than the London Living Wage.”

Graduate Fog notes that we will never know whether the role would have gone ahead as an unpaid position, had the advert not been questioned. As this website’s founder Tanya de Grunwald told the BBC:

“Is is astonishing that MPs still struggle to join the dots between their political principles and their own hiring practices. You simply can’t claim to care about equality, social mobility and diversity and still rely on unpaid interns.

“While it is great news that this role will now pay the London Living Wage, it is disappointing that mistakes like this are still happening when surely everyone is aware of how unfair unpaid internships are by now. When you post an ad for an unpaid role you should know in your gut that it’s wrong.

“Unpaid internships exploit those who do them and exclude those who can’t afford to do them. The Government must do more to ensure employers in all sectors understand the law on paying interns, and toughen penalties so they’re a real deterrent.

“In addition, MPs need to sort out proper processes for hiring these roles so errors and misunderstandings like this can’t happen”.

Osamor has been a vocal campaigner for fair pay for young workers, including supporting a movement to improve pay and working conditions for staff in fast food restaurants like McDonald’s.

* WHY DO MPs KEEP MAKING THESE “MISTAKES”?
Why do you think MPs continue to rely on unpaid interns, whilst insisting they are committed to social mobility, diversity and equality? Do they deliberately take advantage, or are do they simply fail to “connect the dots”? Would this internship have gone ahead as an unpaid role if the advert hadn’t been questioned?