Businesses will suffer if graduates can’t afford to live in London, say bosses 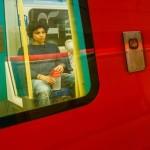 RIP-OFF RENT IS NOW A HEADACHE FOR EMPLOYERS, AS WELL AS YOUNG WORKERS

Some of London’s big-name employers have added their voices to growing concerns that young people are being priced out of the capital, as rents become increasingly unaffordable for workers on low salaries.

The show of solidarity comes as businesses admit they will soon struggle to recruit the staff they need because young people – including recent university graduates – can no longer make ends meet in London. The major expense is rent, which swallows much of their meagre take-home pay.

Advertising chief Sir Martin Sorrell, Canary Wharf Group boss Sir George Iacobescu, architect Sir Terry Farrell and lastminute.com co-founder Baroness Lane-Fox are among signatories of a letter to the Evening Standard raising the alarm about a generation being priced out of the UK’s capital city.

Representatives from John Lewis and law firm Linklaters also signed the letter, in which bosess wrote:

“The housing crisis in London is a major problem for business. If not addressed, whole sectors, including our world-beating technology sector and creative industries, will struggle to recruit and retain staff and find themselves losing out to international competitors.

“Resolving the issue is now urgent, so that we can protect the creativity, innovation and energy which drive London’s business community.”

The letter was compiled by business group London First, which also released a report for the Fifty Thousand Homes campaign warning of “extreme housing pressure” in the city. 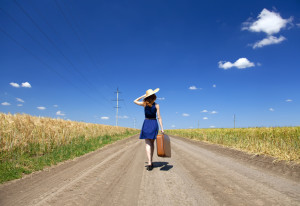 HEAD FOR THE HILLS: Many graduates have already turned their backs on London, relocating to Birmingham or Leeds

The report warns that over the next decade the housing crisis will increasingly hit workers in the so-called “flat-white” economy, such as creative media, advertising, market research and software development. Businesses in these sectors will suffer if the graduates they need can’t afford to live in London.

Graduate Fog’s readers have complained about the unaffordable cost of living in London during the early years of your career, when your salary may be very low (or even zero, if you’re doing an unpaid internship).

Many of you have already turned your back on the capital, relocating to other UK cities to start your career. Popular choices include Birmingham and Leeds. 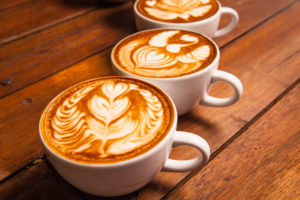 While it’s clear that London isn’t the only place to start your graduate career, it would surely indicate very serious structural problems if junior level workers can no longer afford to live in the UK’s capital city. Graduate Fog is hopeful that the voices of these business leaders will be taken seriously. When young people complain about something, often nothing much happens. But when businesses complain, we’ve noticed that people in power are more likely to listen.

* CAN YOU AFFORD TO LIVE IN LONDON ON A GRADUATE SALARY?
Are you struggling to make ends meet in London? Have you considered working elsewhere? Is the cost of living too high, or are salaries too low? Tell us about the financial pressures you’re facing in the capital…