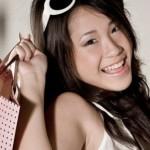 DOES CAREFREE SPENDING MASK DEEPER CONCERNS? OR ARE YOU JUST CHOOSING TO ENJOY LIFE NOW?

Today’s skint graduates are baffling experts by exhibiting a ‘YOLO’ (you only live once) attitude to money, despite being among the most indebted generation ever and facing sky high rents and house prices. What’s causing this paradox? Do you simply prioritise enjoying life now over worrying about the future?

A new study by insurance firm Aviva is the latest to document the phenomenon. Researchers found that 41% of respondents under 34 years old admit to spending their savings on buying things they want but don’t actually need, such as holidays, festival tickets and nights out. Meanwhile, over half say they ‘treat themselves’ to smaller items ‘as and when’ they want. Another 27% say their spending patterns mean they’re saving nothing at all for the future. A fifth (22%) often use their overdraft and less than that (18%) admit they don’t pay off their credit card debt every month. Yet, despite all this, only a quarter (26%) reported feeling worried when thinking about their finances.

But this carefree spending is only part of a curious mix of of attitudes towards cash. Aviva’s investigation also suggests many young people may be suffering from so-called ‘ostrich syndrome’, knowing something is wrong but sticking their heads in the sand when it comes to money matters. Almost two-thirds (64%) of young people said they did not save as much money as they’d like to, and a third (34%) worry about how much debt they have.

Graduate Fog is keen to explore these contradictions and find out what’s going on. We know from past posts on this website that you hate accepting hand-outs from your parents but we regularly note from below-the-line comments that many skint graduates seem remarkably concerned about your student debt, or about your ability to afford a nice life in the future. Why is that?

* HOW WOULD YOU DESCRIBE YOUR ATTITUDE TO MONEY?
What do you spend your cash on – and are you happy with the way you manage your personal finances? If you’re not worried about money, is that because your friends are all in the same boat? Would it have been helpful to have classes at school about how to manage your money? What do your parents think about your spending habits? Please comment below – we’d love to hear your views and opinions…