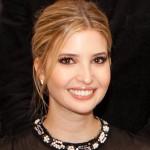 Ivanka Trump – the businesswoman and daughter of billionaire US Presidential candidate Donald Trump – has angered young Americans by tweeting a survival guide for interns working unpaid.

The tweet linked to an article published on Ivanka’s own website, and included (un)helpful headings such as “Take on a part-time job” and “Socialize on the cheap”. It was written by Quincy Bulin, an intern working at Ivanka’s website, who appeared to imply she herself is working for free. 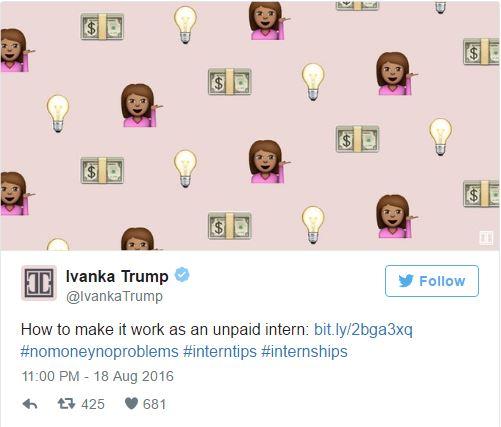 “It’s the conundrum every unpaid intern knows well: You don’t have a paycheck, but you still have living expenses. It can be tough for already-stressed college students who know that internships are incredibly valuable in building a foundation for your career, but aren’t sure if they can afford to work for free. What’s to be done? With this being my third unpaid summer in New York City, I’ve learned a few tricks, as have the other interns at Ivanka Trump HQ.”

Earlier this year, Graduate Fog reported that Ivanka’s dad Donald Trump was offering an internship at his Trump Towers HQ, via auction website Charity Buzz, priced at $100,000. Although proceeds would go to charity (once Charity Buzz had taken their cut), it was clear that only the children of very well-off parents would be able to take advantage of this opportunity, keeping it beyond the reach of ordinary young people trying to start a career in business.