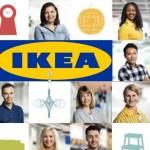 STORE BELIEVES IN “A MEANINGFUL WAGE FOR ALL, REGARDLESS OF HOW OLD THEY ARE”

As a Living Wage employer, IKEA now pays its young staff up to £2.70 per hour more than the legal minimum (workers in the capital earn the London Living Wage of £9.40 per hour, as opposed to the National Minimum Wage for those aged 21 to 24, which is £6.70 per hour).

When we spotted Pernille Hagild, Country HR Manager for IKEA UK and Ireland, on Channel 4 Dispatches Are You Owed a Pay Rise?earlier this year talking about IKEA’s wages policy, we were overjoyed to hear her list the many reasons why IKEA rewards its staff (who they call “co-workers”) far more than they legally have to. Yes, including the young ones.

We requested an interview – and we’re so happy we did. In this candid and exclusive conversation with Graduate Fog, Pernille explains why running a super-successful, global business needn’t mean screwing over your employees and why IKEA rejects the controversial new norm of paying young workers less simply because they’re young, instead believing in “paying a meaning full wage for all co-workers, regardless of how old they are…”

Graduate Fog: In July 2015, IKEA announced that it would be the first major UK retailer to pay all its staff the Living Wage (from April 2016). What prompted that decision to pay so much more than the legal minimum?
Pernille Hagild, IKEA: “Our decision to pay the Living Wage was not a quick one, we began this process nearly three years ago. The introduction of the Living Wage is part of a wider holistic transformation IKEA is making into basic co-worker [staff] conditions. Our co-workers have told us that it is not just about having the right level of pay but also the right contract and an appropriate schedule. As part of this transformation we looked at ensuring our co-workers have a schedule that works for them as well as the business and customers, and also the right contract in order to reduce underemployment. As part of this transformation and in addition to the Living Wage, we are also announcing our plans to give all customer-facing co-workers one weekend off in four.” 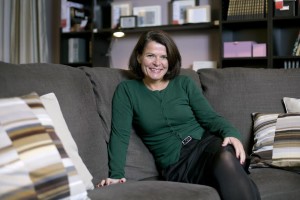 “We believe in paying a meaningful wage for all co-workers, regardless of how old they are” – Pernille Hagild, IKEA

Which were more important when taking this decision – ethical reasons or business reasons?
“IKEA is a values-driven organisation which is guided by our vision “to create a better everyday life for the many people”, a vision that includes our co-workers just as much as our customers. Introducing the Living Wage is not only the right thing to do for our co-workers, but it also makes good business sense. This is a long term investment in our people based on our values and belief that a team with good compensation and working conditions is in a position to provide a great experience to our customers.”

How was the announcement received by IKEA’s staff, customers and the general public?
“Our co-workers across the organisation have told us that our decision has also been very motivating for them as it has made impacted positively on our co-worker lives and therefore will impact positively on customers. IKEA is also a principal partner of the Living Wage Foundation as we want to support the work they are doing on such an important societal issue that is so close to our business and our values. We believe this partnership will enable us to be part of the ongoing dialogue around the living conditions of people in the UK, which is central to our success as a company. As a large company, we also want to share our experiences in implementing the Living Wage in order to encourage other businesses to become Living Wage employers.”

Since the higher wages were introduced (in April 2016) what changes have you noticed in your workforce?
“Since announcing our commitment to paying the Living Wage last summer our co-workers have told us that this will have a real impact and positive benefit on their lives. For example, Holly from Southampton store hopes to save for a mortgage and get on the housing ladder which she couldn’t do before. Sapna from our Wembley store will now be able to pay for extracurricular activities for her daughter so she can enjoy things such as sport and music classes and Kerry from Wembley store will be able to provide a better life for her children.” 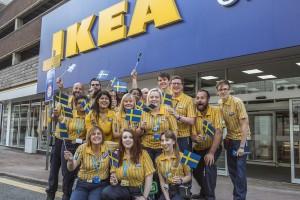 “Our co-workers have told us that it is not just about having the right level of pay but also the right contract and an appropriate schedule” – Pernille Hagild, IKEA

“The National Minimum Wage has always been tiered according to age (up to 21) and the new National Living Wage only applies to those aged 25 and over. Did IKEA consider tying its wages to your staff’s age at all?
“While we believe that the government’s introduction of a National Living Wage is a step in the right direction, we believe in paying a meaningful wage for all co-workers, regardless of how old they are and taking into account where they live. In fact, as well as becoming an accredited Living Wage employer, we have also become a principal partner of the Living Wage Foundation. We want to support the work the Living Wage Foundation is doing on such an important societal issue that is so important to our business and close to our values. We believe this partnership will enable us to be part of the ongoing dialogue around the living conditions or people in the UK, which is central to our success as a company.”

Why do you think the retail industry has been particularly slow to embrace the Living Wage?
“We understand the issues facing the industry and that each business has its own set of unique challenges. There is not a one-size-fits all approach to retail and we can only comment on the impact it will have on our own business and our co-workers, which we believe will be a positive one.” 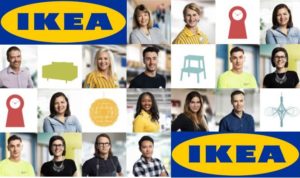 What do you think of reports that some employers have cut staff perks and overtime pay in order to claw back extra money they’re spending on basic salaries now they have to pay the National Living Wage?
“We see the introduction of the Living Wage as an investment in our people not a cost. We have made an initial investment of £11 million. Introducing the Living Wage makes good business sense. This is a long term investment in our people, based on our values and our belief that a team with good compensation and working conditions is in a position to provide a great experience to our customers. When it comes to IKEA, this will not result in any of our co-workers losing benefits. The implementation of the living wage will supplement the generous package of benefits we already provide. The Living Wage is the latest in a series of investments that IKEA has made in its co-workers over the past few years. In 2013, the One IKEA Bonus programme was introduced, which sees all co-workers receive a performance related bonus, as well as Tack! Loyalty programme, which rewards co-workers who have been with IKEA for more than five years with an annual contribution to their individual pension plans.”

Do you think employers have a moral responsibility to pay their staff a wage they can live on?
“While we can only speak for IKEA, as a value driven company we believe in paying a meaningful wage for all co-workers.”

* IS AGE-RELATED PAY UNFAIR ON YOUNG WORKERS?
Do you think more employers should adopt IKEA’s policy of paying all staff the same wages, regardless of their age? Have you had experience of being paid less than an older colleague doing exactly the same job as you? We’d love to hear what you think, so please comment below…