HAVE YOU BEEN OFFERED CAREER ADVICE, CONTACTS OR MENTORING – BUT FELT THERE WERE STRINGS ATTACHED? 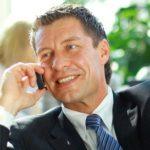 Established professionals with ulterior motives are “luring” vulnerable graduates with promises of career advice, mentoring and contacts, it has been suggested.

Journalist and broadcaster Rosamund Urwin – co-founder of The Second Source, a new online network which aims to help combat sexual harassment in the media – says she has noted themes in the growing number of accounts of harassment The Second Source has heard, writing in the Evening Standard:

“Persistent themes emerged. There were patterns of behaviour. The predatory men were usually much older than the young women they preyed on, and they often lured them in by offering career advice. The idea was to make a woman feel grateful so that she’d overlook the grope that came afterwards.”

While Urwin was talking specifically about the media – and harassment by men against women – at Graduate Fog we suspect her observation may be part of a broader problem which affects many of our readers, regardless of your gender or which industry you’re hoping to break into.

We already know that the power imbalance against young workers is having serious and even dangerous consequences for young people, who find themselves interning for free (or locked out because they can’t afford to), staying in scary hostels or selling sex to make ends meet, or signing contracts that trap them into jobs they later can’t leave.

So, our hunch is that sexual harassment by supposed mentors would fit the picture already emerging about the dark side of the power dynamic between employers and young workers. But are we right? We need to hear what you think…

* HAVE YOU EVER FELT UNCOMFORTABLE WITH A SUPPOSED CAREER MENTOR?
Have you been offered career advice or contacts – but felt there were strings attached? Would you know what to do if a mentor behaved inappropriately? Does the power imbalance between young hopefuls and established professionals create a dangerous dynamic? We’d love to hear your views on this important topic – so please share them below…