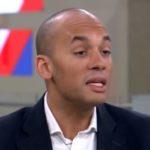 * UPDATE 1: The Labour leader’s office has just emailed all Labour MPs to remind them not to hire unpaid interns *

* UPDATE 2: This website’s comments picked up by BBC News *

Top Labour MP Chuka Umunna has been slammed for recruiting for a student to fill what appears to be a vital role in his office, but which is unpaid except for travel expenses and lasts a whole year.

The incident shines a light on the murky world of ‘Year in Industry’ placements, a problem we’ve known about for some time. Namely, that while continuing to charge tuition fees, universities are sending students out to work for free, for periods of up to a year. Universities typically charge 20% of the regular annual tuition for that year, and many employers pay their Year in Industry students something, but most will still have to supplement their salary using student finance. This hardly seems fair, considering students aren’t getting tuition, they’re working. So, why are students paying for that year, and some employers aren’t?

The advert for the role – promoted to politics students at Leeds University, among others – stated that: “Chuka Umunna is seeking an enthusiastic placement student to join his London-based office.”

The duties listed include researching “a wide variety of policy issues and constituent enquiries”, working on the anti-Brexit campaign, organising events and “administrative support”.

“Rightly or wrongly, there is a loophole in the minimum wage law which means students need not be paid when doing a Year in Industry placement as credit for their university course. So, legally Chuka has not done anything wrong.

“However, big ethical questions remain. Is it right that this person won’t be paid, when they will clearly bring great value to his office? Is it okay that someone else being denied this as a paid job, because Chuka can fill it with an unpaid student? And why are students paying university tuition fees order to be sent out to work for free? Is it right that universities are effectively pimping out their students to employers like this?

“And there’s another problem. The student placement that Chuka describes is one that many politics graduates would kill for – and having finished university they would need it to be paid so they can live. If we’re saying it’s okay for roles like this to be unpaid and go to students, then what’s left for graduates? It is well-known that there is a ‘broken’ bridge between university and a career in politics. But if everyone does what Chuka is doing, soon there will be no bridge at all.

“Unpaid graduate internships have been in the news for a long time, but I expect this case to shine a light on the equally murky practice of long, unpaid student placements. It’s time we talk about whether students are getting value for money – or whether their university and their employer are in fact getting a much better deal than they are.”

* DO LONG, UNPAID ‘INDUSTRY’ PLACEMENTS TAKE ADVANTAGE OF STUDENTS?
Is it right that students are paying tuition fees and then sent out to work for free? Or is the experience students gain worth paying for? We’d love to hear your views, so please share them below…