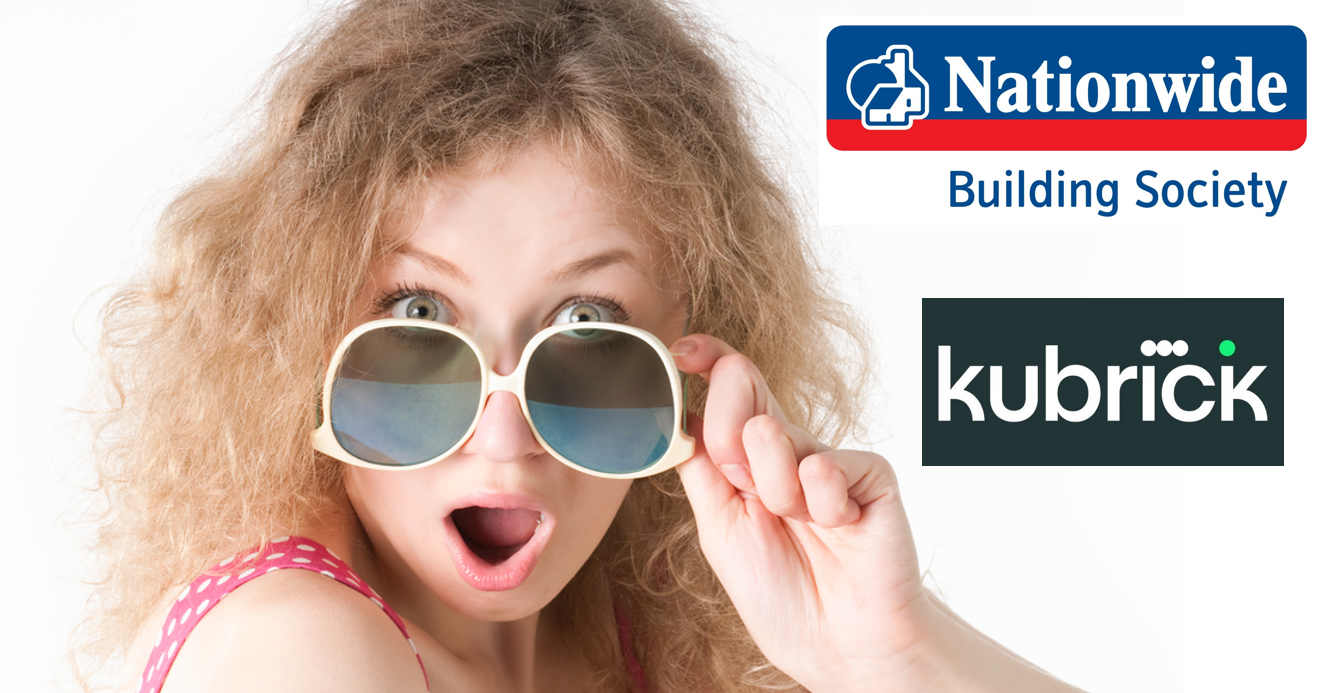 When you approach the press office of a high street brand to raise serious concerns about the conduct of a supplier they are using, you might expect to see a smidge of humility.

Was Nationwide’s spokesperson not concerned that there are currently graduates contracted to work on Nationwide premises, on Nationwide projects, who are not free to leave their jobs unless they pay up to £19,800 to their employer, Kubrick Group? Or that this huge sum is supposed to be a ‘repayment’ for just 15 weeks’ training – when it two years’ tuition at Oxford or Cambridge University is cheaper?

And was he not alarmed by Kubrick’s failure to deny that they are presenting departing graduates with non-disclosure agreements (NDAs) to secure their silence, whether they pay all, some or none of the fees demanded? 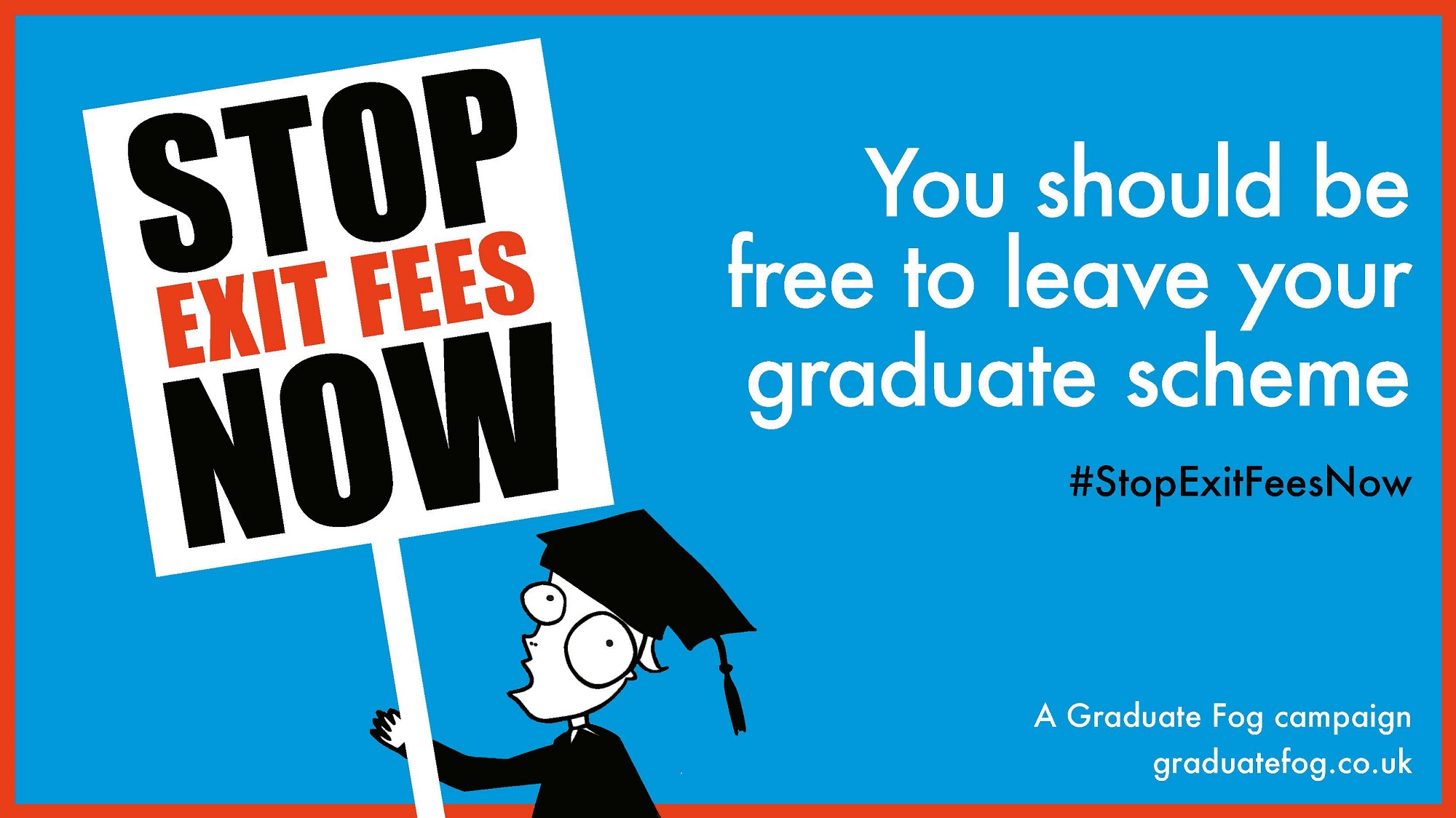 Apparently not. In a series of extraordinary emails between Graduate Fog and Nationwide’s press office, their spokesperson tied himself in knots by insisting that his organisation was not responsible for the way that their suppliers treat their employees – before appearing to admit that Nationwide borrows its contractors’ diversity data in order to make their own diversity data look better than it really is. Which is quite a big thing to accidentally confess to.

Was he having an off-day? Or do these emails display a bizarre disconnect that suggest Nationwide is unable to join the dots between their suppliers’ conduct, and their own ‘ambition’ to be a more diverse employer? And how many other big firms’ press offices are similarly hopeless at seeing the big picture, before they hit ‘Send’? Judge for yourself:

No doubt you have seen the recent press coverage about graduate ‘exit fees’ in the Sunday Times and the Financial Times, and you will be aware that three IT outsourcing firms that operate an ‘RTD’ model – FDM Group, Sparta Global and QA Ltd – have all announced that they will no longer charge large exit fees to graduates who leave their jobs in less than two years. This is all as a result of the Graduate Fog campaign to ‘Stop Exit Fees Now.’

Unfortunately, Kubrick Group – which we understand Nationwide currently counts as a supplier – has refused to change their policy on exit fees. The company continues to charge their graduates up to £19,800 if they leave in less than two years. These are some of the highest exit fees that have ever been charged, by any company, and several hundred young people are currently working under these conditions, understanding that they have no way out, taking an immense toll on their physical and mental health.

Further to this, we have seen troubling evidence that Kubrick has been using heavy-handed non-disclosure agreements (NDAs) in an attempt to silence graduates when they leave, whether they pay the fees in full, or some of the fees, or an agreement is reached in which they are allowed to leave without paying. In at least one case, a graduate was told to come to a meeting alone in order to ensure complete confidentiality. This is, presumably, an attempt by Kubrick to exert control over what is known (and publicly reported) about how it really operates.

As you may know, I feel strongly that the toxic practice of employers charging large exit fees to graduates who leave their role in less than two years has no place in any reputable business operating in the UK today. I also feel strongly that the clients of these firms must not turn away from their responsibility towards these young people, as Nationwide appears to have done so far.

Further to our previous correspondence, I would like to ask for your response to the following questions:
1. What is Nationwide’s response to the fact that your firm continues to use a supplier that refuses to drop graduate exit fees, effectively creating a situation where young employees are working on Nationwide projects, on Nationwide premises, yet are not free to leave this employment without paying up to £19,800? How does this fit with Nationwide’s stated pledges on social mobility and diversity?
2. In our correspondence in March, you stated that six Kubrick graduates are currently at Nationwide. Can you confirm whether this is still the case now?
3. What is your response to the allegations that Kubrick Group is using non-disclosure agreements in an apparent attempt to retain control over what is known (and publicly reported) about how it really operates, relating to the payment (or non-payment) of these exit fees? Do you agree that this is – at best – heavy-handed, and a tactic that should not be used against vulnerable young people who are unlikely to have the means to afford legal advice?
I will be writing about this on Graduate Fog tomorrow, so this is your opportunity to respond to the above, or to correct me if anything I have written is inaccurate. 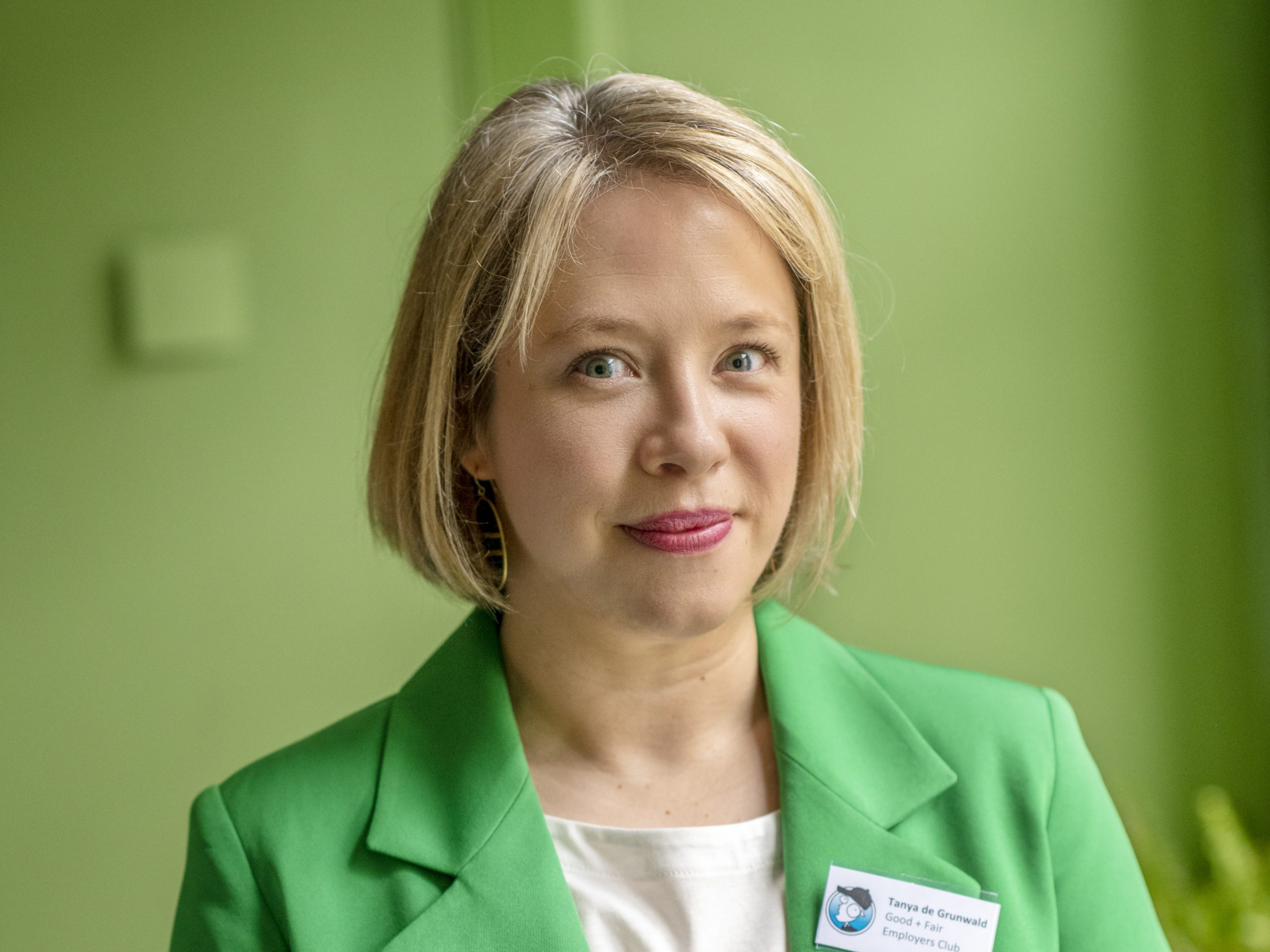 More than a week later, a Nationwide spokesperson replied:

While we’re not commenting on the speculation around the use of NDA’s, please find our response below that talks about how working with Kubrick has supported our own inclusion and diversity ambitions and outlines the current Kubrick resource in Nationwide.

A Nationwide Building Society spokesperson said: “As outlined in our previous correspondence, working with Kubrick has supported our ambition to build a more inclusive and diverse organisation, with access to more diverse talent pools, particularly regarding more women in data and technology roles, than traditional recruitment channels have historically provided. We continue working with six Kubrick specialists who are providing the Society with niche, in-demand skills and they will become permanent Nationwide employees at the beginning of 2023. Currently, there are no plans to increase our Kubrick resource beyond this level and any future consideration to do so will be based on a business need, dependent on the skills and resource that may already be available in the business at that time.”

That’s it? Seriously? No apology? No ‘We’ll look into it’? De Grunwald wrote back:

To: Nationwide
From: Graduate Fog

Thank you for this astonishing statement.

Can you confirm that Nationwide understands that these six individuals currently working on-site at Nationwide are not free to leave their jobs unless they pay up to £19,800 to Kubrick?

If so, I’m afraid I simply cannot understand how Nationwide can continue to insist that Kubrick is somehow helping Nationwide to reach its goals on diversity and inclusion. Did you read this Graduate Fog post about the graduate who paid £14,520 to escape Kubrick, after suffering mental health problems during the training, and having felt rushed into signing his contract in less than one working day? And, while you may not wish to comment regarding the allegations about the NDAs, you have surely read them.

I cannot work out why you are struggling to join the dots here. Why is Nationwide refusing to use its leverage as ‘the client’ to help young people? My mind is blown.

Unexpectedly swiftly (within an hour), the spokesperson wrote back:

Thanks for your response.

To your first point, that would be a question for Kubrick with regards to specific individuals were they to leave the organisation.

On inclusion and diversity, we can only comment on our own experience, which is that Nationwide’s ambition to build a more inclusive and diverse organisation has been supported by working with Kubrick, particularly regarding more women fulfilling more technology and data roles across the Society. Our Kubrick colleagues tell us that the projects they work on at Nationwide see them using cutting-edge technology to solve real life problems and our approach to working together, immersing them in our culture from day one, makes for a seamless transition when they are offered a permanent role with us towards the end of their placement.

At this point, de Grunwald realised she had missed something crucial in the spokesperson’s earlier email. Had he just confirmed what we have suspected for a long time: that client firms are borrowing contractors’ diversity data to make their own diversity data look better than it really is? Because that raises as LOT of other questions. She replied:

However, you’re actually making it worse every time you try and justify working with this company. It sounds like Nationwide is boasting about increasing its female representation by using Kubrick, without registering that these women aren’t free to leave their jobs unless they pay nearly twenty grand to escape.

I just have one more question. When you say:

Nationwide’s ambition to build a more inclusive and diverse organisation has been supported by working with Kubrick, particularly regarding more women fulfilling more technology and data roles across the Society

… do you mean that these Kubrick employees are counted towards Nationwide’s own diversity stats, despite being contractors? Is this standard practice across large organisations like yours?

‘I’m not often lost for words – but Nationwide’s tone deaf response has left me speechless. Can’t they see how using Kubrick as a supplier undermines any other good work they are doing on diversity? And isn’t it obvious that it’s impossible to make a case that it’s okay to use contractors who are trapped in their jobs, because they are women and it’s such a great opportunity for them?

‘Claiming that Kubrick are helping them to reach their diversity ‘ambitions’ makes things worse still. It’s as if Nationwide are saying they don’t care about these women’s working conditions, because Nationwide gain the kudos of looking like a forward-thinking employer by having them working on their premises, on their projects. (What? Are you serious?)

‘And then, the cherry on the cake: an apparent admission that these contractors’ gender (and presumably, other data relating to diversity) is captured by Nationwide.

‘I have two immediate questions around that. One, didn’t Nationwide just claim they aren’t responsible for these people – because they’re only contractors, and not proper employees? And yet they’re happy to borrow their diversity stats, when they make Nationwide look good?

‘And, my second question: is this now an accepted thing – that big companies are ‘buying in’ diversity to make their own diversity stats look better than they really are? In which case, is there anything to stop client companies placing orders for certain under-represented groups? And, given that we know these people have to pay large fees if they leave, does that mean firms are *buying in workers from ethnic minorities, who aren’t free to leave*? I’ll just leave that thought there…’

PS. This is the statement that Sainsbury’s sent:

A tiny number of colleagues (less than 20 out of approx. 165,000, so less than 0.01%) have been contracted with us through Kubrick in the last few years. Feedback on the programme we work with them to offer has been nothing but positive. We also have no record of any colleague working with Sainsbury’s through Kubrick who has incurred the cancellation fee you reference. 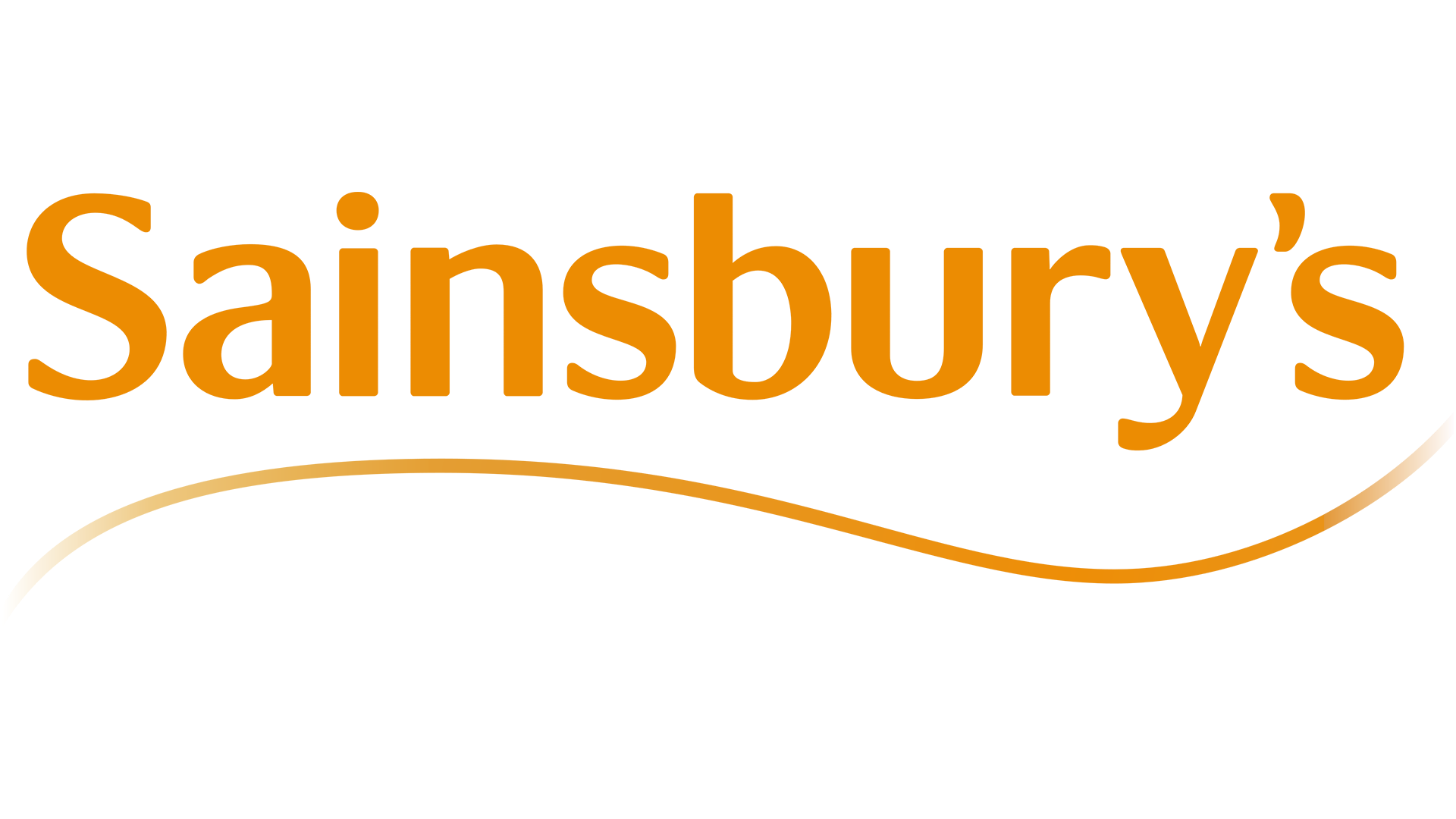 Good grief… Who is hiring these people?

* SHOULD BIG FIRMS BE ALLOWED TO ‘BUY IN’ DIVERSITY?
And what do you think of Nationwide’s response to our questions about Kubrick’s policy of charging exit fees of up to £19,800, if graduates leave in less than two years?