How to Get into Media 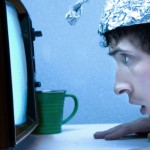 Struggling break into journalism, music, TV or book publishing? Graduate Fog explains why there are so few jobs in media right now – and how you can tweak your plan to boost your chances.

You always knew that breaking into media would be tough – but are you wondering why is it turning out to be downright impossible in 2010? It’s because the industry isn’t just competitive – is really, seriously struggling right now.

Let’s get one thing straight – Graduate Fog is not about to profile every industry out there. However, the popularity of media as a career (and perhaps the fact that Tanya is a magazine journalist by trade) means the question “How do I get into media?” is one of the most commonly asked by job-seeking graduates. And since Graduate Fog prides itself on answering the questions graduates are actually asking – however awkward they are – we figure we can’t ignore this subject.

There is no delicate way to put this – these are tough times for the traditional media industry. If it isn’t dying, it’s certainly pretty sick – and nobody can say when it’s going to get better. This is partly down to the recession but also the so-called ‘digital revolution’. The Internet has turned media upside down and shaken it until all the change falls out of its pockets. We still read news – but we do it online, where we aren’t prepared to pay for it. We still listen to music – but we download it for nothing. We want it all for free – yet it costs money to produce.

The industry is racking its brains to find new ways to make money – because the old ‘business models’ are broken. Music, TV, film, journalism and book publishing are all businesses expensive to run – and right now, the maths just isn’t adding up. Which is a large part of the reason you’re finding it so hard to get in.

NEXT: “WILL THINGS IMPROVE?” AND “SHOULD I GIVE UP MY DREAM?”