Do you feel bad taking money from your parents? 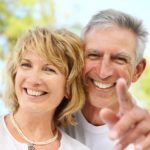 As unpaid internships become the norm, starting salaries fall and the cost of living soars, more and more graduates are finding they have no choice but to live at home and accept hand-outs from their parents.

The book Jilted Generation: How Britain Bankrupted its Youth argues that a succession of short-sighted policies – from all governments in the last 30 years – have combined to mean that yours is the first generation that will be worse off financially then your parents.

While you’re forking out £27,000 for your degree, they didn’t pay a penny for theirs. You’ve been priced out of the housing market, they bought property at bargain prices (some even own multiple properties, which they rent to young people at extortionate prices, to make even more money). As if that’s not bad enough, while young people’s salaries have risen by less than 30% in the last 10 years, older people’s have risen by over 40%.

If you’ve been forced to ask your mum and dad for money, how did it make you feel? And is the cash a loan – or a gift? When – if ever – do you expect to be able to pay them back? And if your parents don’t have any money to lend you, how does it make you feel when your friends say their parents are supporting them, while they get their career going? If you’re taking money from your parents to fund an unpaid internship, does it make you feel angry that your mum and dad are effectively subsidizing your tight-fisted employer? Or do you feel their generation owes yours, after grabbing all the goodies for themselves and leaving you with nothing?