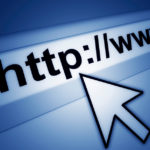 OR WOULD THAT LIMIT ACCESS TO ONLY THOSE ‘IN THE KNOW’?

These days, it’s hard to find a job board that isn’t plastered with ads for unpaid internships. While the internships themselves are often illegal, advertising them seems not to be.

But does the fact that these ads are everywhere give graduates a distorted impression that unpaid internships are normal, accepted and legal – when they’re not? If it was made more difficult for employers to find good graduates to fill these roles, would they have to consider paying their workers in order to be allowed to advertise them to a wide audience? Do job boards have a responsibility to ensure all the positions they advertise are lawful?

In July, Graduate Fog revealed that Reed – one of Europe’s biggest recruitment websites – was advertising 46 internships paying well below the National Minimum Wage. And that was just within their own offices – they were advertising hundreds more for other companies. Monster and Milkround do it too. Other shameless participants in this practice include w4mp (politics internships), and Gorkana (PR and journalism).

Shamelfully – and despite firm advice from their industry body AGCAS – many university careers services are still advertising unpaid (and often illegal) internships to their students and graduates, because it fits with their own agenda.

Even the government appears to be helping employers to break the National Minimum Wage law. Visitors to the Graduate Talent Pool – the government website designed to provide young people with jobs – will find that over a third of the ‘jobs’ on offer turn out to be unpaid internships. Brilliant.