Do you speak intern? 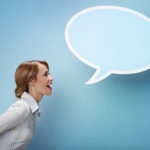 INTERN Young, educated employee working a full-time graduate job unpaid, simply because their cheap-arse employer has labelled it an ‘internship.’

INTERN DOLLARS Magical currency that organisations which use interns believe those interns use to pay their rent, buy food, etc. Weirdly, Graduate Fog has found no landlord or supermarket that is willing to accept intern dollars in lieu of pounds and pence.

SERIAL INTERN Intern who has completed several lengthy unpaid internships, has bags of experience but – crucially – no actual job.

CEREAL INTERN Intern forced to exist purely on Basics cornflakes because their tight-fisted employer refuses to pay them they wage they deserve for their work.

DEEP-POCKETS-SHORT-ARMS SYNDROME Strange affliction striking down many large companies who can well afford to pay their junior staff — they just choose not to. Step forward Tesco, Sainsbury’s, Harrods, Urban Outfitters and Selfridges (all of whom Graduate Fog has found advertising publicly for unpaid interns).

EXPENSES Small sum paid to interns every month to cover travel and lunch. Often dressed up by employers to appear as a form of payment for doing a job, when in fact this sum simply stops interns from actually losing money by working for them, full-time. (Which is generous of them, isn’t it?)

INTERN-SPECIFIC DEAFNESS Curious and widespread hearing disorder affecting anybody with any power to do anything to change the unpaid internship situation. Victims of this disorder include politicians of all parties, HM Revenue and Customs and many British news outlets, most of whom use unpaid interns themselves.

INSPETHICS (aka Intern-specific ethics) Distorted belief system deliberately adopted by those who employ unpaid interns but wish not to have their sleep disturbed by icky thoughts that what they are doing is morally wrong.

NEW TO GRADUATE FOG? Join our tribe by following us on Twitter, befriending us on Facebook or signing up for our regular news bundle. Graduate Fog is independent and makes no money at all – so please help us spread the word. The bigger our army, the louder we can shout about the issues that matter most to the UK’s job-seeking graduates!

INTERN SUFFIXING / PREFIXING Practice of putting the word ‘intern’ before or after a regular job title, thereby avoiding the need to pay this member of staff a salary for doing this job. As in ‘Reporter intern’ or ‘Intern receptionist‘. (And no, we didn’t make those up).

INTERN BAITING Deliberately misleading an unpaid intern into believing their placement will lead to a paid job any day now. Favourite techniques include inviting the intern to company meetings — or to work drinks at the pub on a Friday (but making them buy their own pint).

NATIONAL MINIMUM WAGE Formerly the rock-bottom wage that we agreed the lowest-skilled workers in society should not earn less than for their labour (cleaning toilets, etc). Today, the NMW is now considered a hefty salary by many interns who are used to receiving no salary at all for their work – despite having just spend £27,000 on a university degree.

STOCKLHOLM SYNDROME INTERNS Tragic breed of exploited intern who has been brainwashed into believing their employer is doing them a favour by allowing them to work for them full-time, unpaid. Severe cases can become aggressive and threatening when it’s suggested that unpaid internships should be banned.

TRAINING Quaint and out-dated practice of employers spending their own time and money teaching their graduate recruits how to do the job the way they would like. In ancient times (ie 2005), the graduate would be paid a proper salary throughout this period. Today, this ‘corporate waste’ has been eliminated and replaced by unpaid internships, whereby an already hugely indebted graduate is effectively forced to pay for their own training. (Like they haven’t just shelled out enough on their degree?)

EXPERIENCE Previously a substance gained by young employees as a by-product of having a paid job. In 2011, interns must view it as s substance gained instead of payment for doing their job.

RESPONSIBILITY Previously a substance attached to a regular job to signal that the employee should be paid more for their work as it is very important. Today, the reverse is true. For interns, greater responsibility is now less of a reason to expect payment.

DON’T FORGET… To come back and visit Graduate Fog often! And tell your friends about this website, so they can join the fight for a fairer deal for the UK’s job-seeking graduates…

SPIT ROASTING Unsavoury practice of forcing an outgoing unpaid intern to train up a new, incoming intern before they leave the organisation for their next unpaid internship.

TOFF LOGIC Astonishing belief held by many poshos that unpaid internships are definitely not a barrier to those who cannot afford to live without a salary. Poor people just aren’t trying hard enough to break into the professions. Funnily enough, few of those who hold this view have ever tried living on no money, for months. (It doesn’t count if Mumsy and Papa had a house in Chelsea where they lived rent-free during their own unpaid internship).

VOLUNTEERING What interns at charities (however large), non-profit organisations (however shady) and ‘creative’ companies that work with them are told they are doing — when actually they are just working unpaid for a cheap-arse employer who stoops to using emotional blackmail to secure free labour. Curiously, nobody else at these organisations is expected to ‘volunteer’ to do their jobs for nothing — just the interns.

WILLETTS WAFFLE Woolly nonsense that flows freely from our Universities Minister’s mouth when he is asked tricky questions about graduate unemployment. Often contains numerous mentions of apprenticeships, internships and work experience, without any mention of the fact that these are almost always unpaid nowadays — and are therefore a solution to nothing at all.

THE POVERTY DEFENSE Lame excuse used by tight-fisted employers to explain why they don’t pay their interns: they simply can’t afford it. Especially popular with small businesses, museums, theatres and ‘creative’ companies, who have convinced themselves that fleecing their young staff is the obvious solution to keeping their organisation afloat when they need to face the truth: their books don’t balance and they need to shut down or find more funding.

PUSHERS Private ‘recruitment’ companies — or university careers centres — which promote unpaid internships in order to profit handsomely from the ‘placement’ themselves, while the intern themselves earns less than the National Minimum Wage for their hard work.

JELLYSPINE Unexplained failure of official and ‘independent’ bodies (often taxpayer-funded) to properly support unpaid interns, either because it interferes with their own murky agenda or just because they’re plain useless. (Special shout-out to the spectacularly pointlessCharity Commission).

INTERN FATIGUE Physical and emotional exhaustion experienced by interns who have been working unpaid for months and are still no closer to securing a paid job.

ENTRY LEVEL JOBS Fast-disappearing type of paid, full-time job previously awarded to new bright young graduates with a good degree, a great attitude and bags of potential. Now facing extinction, replaced by unpaid internships. After all, why pay someone to do a job when you can find someone else to do it for free?

**Like this glossary? Then you’ll love these:
Calvin Klein’s PR firm Modus admits on national TV: “20 of our 70 staff are unpaid interns”
Dragons’ Den multimillionaire wants you to work for free
Now TESCO recruits unpaid interns
Harrods too tight to pay their interns
Why pay your young staff? Just put ‘intern’ before their job title
Should Comic Relief pay their interns?Graduate Fog branded ‘threatening’ for sticking up for interns

**New to Graduate Fog?
Welcome! Since this website launched in April 2010, we’ve been naming-and-shaming the companies which use unpaid internships – as well as the organisations which should be protecting interns but aren’t, because they’re useless. We also think politicians aren’t doing enough to address the graduate unemployment problem and that Prospects sucks – despite supposedly being the ‘official’ graduate careers website… If you like what you’ve seen so far, we can guaranteed there’s more to come! Join our tribe by following Graduate Fog on Twitter, befriending us on Facebook or signing up to the newsletter. And please, tell your friends about what’s happening on Graduate Fog, so they can be part of it too. We’d get our unpaid intern to do this for us – but we don’t have one because it’s WRONG. Thanks so much for supporting Graduate Fog x