How to Survive Internships 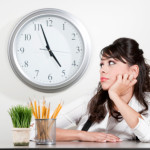 No, this is not another perky and patronising article about how great unpaid labour is for your CV. Instead, Graduate Fog shows you lots of clever way to make sure your placement works for you — not just them.

You spent thousands getting your degree — and now you have to work for free? We agree that the situation sucks — which is why this isn’t yet another annoying article about how “Work experience can be a great way in to your dream industry!”

Instead, Graduate Fog answers the questions we think you’re totally justified in asking — and shows you how to make the experience a lot less painful. We’ve split these into ‘Why internships happen’ and ‘Make internships work for you’.

‘I have a good degree yet I have to work for free — how can this be right?’

It isn’t right. It’s a scandalous situation that’s been caused by an over-supply of graduates, a too-small number of paid jobs for everyone – and too many employers who are happy to take advantage of the fact that many of you are so desperate to gain experience that you’ll work for free. If you can afford to toil for free, many of you think it’s a price worth paying as it will lead to paid work eventually. Unfortunately, it doesn’t always. Often, it just leads to yet another unpaid internship.

What you may not realise is that under our National Minimum Wage laws, most interns qualify as a ‘worker’ and are therefore entitled to the National Minimum Wage (or the new National Living Wage, if they’re 25 or over). Employers have to pay this, and interns can’t waive their right to pay. The only exception to this is if you’re working for a charity or non-profit organisation – although we think that’s still ethically dubious and are trying to get charities to re-think.

And there are two other problems. The first is that the complaints system relies on former interns coming forward to lodge formal complaints against employers who they believe should have paid them. Clearly, this is ridiculously flawed. For most graduates, the only reason to do an unpaid internship is to gain a reference and / or contacts which you hope will lead to paid work in the future. You’re trying to bank goodwill. Lodging a formal complaint against an employer risks undoing that work.

The second problem is that for various reasons the people responsible for enforcing the minimum wage law – HM Revenue and Customs and the Department of Business – have been reluctant to do so. In fact, they’ve been almost totally ineffective when it comes to clamping down on employers who exploit interns. Occasionally, employers are asked to pay the wages they should have paid their interns in the first place. And from time to time they are publicly shamed in a published list (although we have reason to think some names are never brought to light). But do you know how many organisations have been prosecuted for failing to pay the minimum wage, ever? Six. And those weren’t even all cases involving interns. So there really isn’t much of a deterrent. 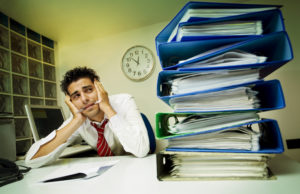 ‘Why are employers so obsessed with experience? Is it just to show I’ve paid my dues?’

No. Employers see hiring a graduate as a big gamble — and a graduate with some experience is simply less of a gamble than a graduate with none. Experience is a good sign that you understand their industry and that you have a realistic idea of what a job working in their world will be like. Recruiting new people is expensive so employers want to minimise the risk of you changing your mind in six months’ time — and wasting all the time and money they’ve invested in recruiting and training you up.

Many graduates think experience is just a box that employers need to tick, showing you’ve ‘paid your dues’ or ‘done your time’. Not true. Employers will take the fact that you’ve held down a job (or stuck with an internship) as evidence that you make a good employee. To them, the more work you’ve done, the more likely it is that you are reliable, honest, hardworking and can handle professional situations appropriately. 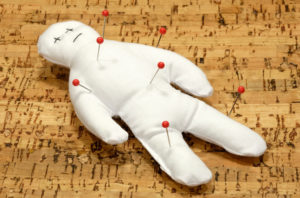 HOW TO MAKE INTERNSHIPS WORK FOR YOU

Working for low (or even no) wages isn’t fun, but it’s made much easier if you know you have some control and a plan – and you’re sure you’re getting something valuable out of it (especially if you’re not being paid). Plus, it does wonders for your attitude. It’s much easier to be sunny and can-do when you remember that you’re the one who stands to gain from your work.

DO Agree a start date and an end date. View your internship as a short contract. Never, ever sign up to do an internship indefinitely. And never let your boss extend it indefinitely. This is one of the few ways you can retain some control. Don’t give away your power.
DO Know why you’re doing it. Make sure the placement is worth it for you, before you start. If you’ll just be sorting the post and making tea, is it with a prestigious company that will look amazing on your CV? If the placement is with a lesser-known company, have they given the impression you’ll get some responsibility and to do some good stuff? Is there a bigger chance they’ll keep you on, on a casual (paid?) basis at the end? Even if it doesn’t end in a job with them, will the placement sound super-impressive in interviews with other companies?
DON’T Waste your time doing rubbish unpaid work experience at a rubbish company.
DON’T Assume the placement will turn into a job.
DON’T Expect anyone to remember your name on day one. If the placement lasts two weeks, the team will meet 26 people like you every year. That said…
DON’T Worry about ‘standing out’. Have faith that if you’re reliable, efficient and upbeat, they’ll remember you.

DO Line up something to go to when your internship ends, even if it’s only another internship. If your current place offers you paid work before your placement ends, you can always cancel any pre-arranged placements elsewhere. Don’t feel bad. Most likely there will be a queue of people waiting to take your place.
DO Take the work as seriously as a proper paid job. This is your chance to show what you’d be like to work with if they offered you a permanent role. Be punctual and professional. The second they catch a whiff of ‘Grr, I’m not even being paid…’ you may as well not be there.
DO Know your place. Bugging the boss and butting into conversations is not a good look.
DO Look out for opportunities to demonstrate initiative — people may not always have time to stop work and give you instructions. If you’re twiddling your thumbs and see something that needs doing, as your supervisor ‘Would it be helpful if I….?’
DON’T Be a maverick. There’s a fine line between showing initiative and being a loose cannon. Always check before you take action.
DO Keep an eye out for forthcoming vacancies. Earwig conversations — if you hear a new department is being set up, ask your supervisor if they might need an assistant.
DO Volunteer to do the rubbish jobs. You might feel like a loser making the tea, but it’s a great way to get to know the team and it shows you’re keen to make a good impression.

When the placement is coming to an end…

DO Ask for a quick chat with your manager. Say you’ve really enjoyed the internship and you’ve learned a lot (even if you haven’t). Thank them for their help (even if they haven’t been very helpful) and ask them to bear you in mind if they hear of anybody needing  an assistant, either on a permanent or temporary basis.
DON’T Bug your supervisor to give you a job. If they want to try and hang on to you, they’ll bring it up.
DO Email your supervisor your contact details before you go.
DO ask for a reference, preferably on headed paper. Get a digital and paper copy. Even if no-one ever asks to see it, it’ll give you a boost.
DO Update your CV immediately. Play down the boring stuff and big up the interesting stuff, especially where you were given extra responsibility or worked closely with somebody senior.
DO Talk as much as you can about your past internship(s) in interviews for related jobs. If you’re asked to ‘Recall a time when…’ it’s far stronger to use an example from a work placement than from something you did at university.

If weeks turn into months…

DON’T Be afraid to initiate a conversation with your supervisor about money. If you’ve been there a while and you’re doing more important stuff than you were at the start, it’s a fair question. They shouldn’t be surprised that you’re asking — in fact, they should respect you more.
DON’T Forget to think through what you’ll do if they say they don’t have the budget to pay you. How long are you prepared to stay in this ‘job’, without pay? If they say they can’t pay you, will you start looking for other opportunities, either paid or unpaid?

You have two options:

The high risk strategy is to tell your employer (very nicely) that you can’t afford to keep working for free — so although you’ve loved working there, you’ll have to leave if they can’t offer you any kind of salary. Sometimes, the thought of losing you — and re-training someone else from scratch — is enough to make managers miraculously free up some cash from somewhere. Other times, they simply won’t have a budget. In which case you’ll either have to stick to your word and leave — or backtrack and stay, at least until you line up something else.

The low-risk strategy is to ask for more money and see what they offer, without you mentioning that you’ll have to leave if they can’t pay you. If they say no, ask what your likely prospects are at the company for paid work in the near future. (Don’t be fobbed off with vague suggestions that there may be something in the future. Are there any actual vacancies coming up in the next few weeks?) Once you have more information, you’ll have to decide whether the chance of this ever ‘turning into’ a paid job are high enough to warrant sticking around working unpaid — or whether it’s time to start looking for other opportunities elsewhere. 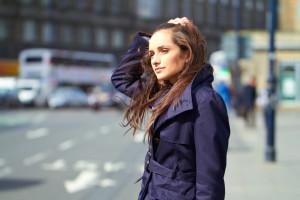 “Should I do an unpaid internship?” Let us help you weigh up a tough decision