Was your degree worth the money? 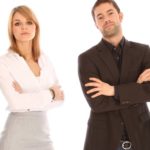 CLEGG FINALLY APOLOGISES — BUT IS IT TOO LATE?

This week, Nick Clegg said sorry for promising he would scrap university tuition fees if the Lib Dems got into power. But critics have pointed out that he did not apologise for voting to raise tuition fees — and there is a big difference.

We think students and graduates have every right to feel furious about the way fees have sky-rocketed in the last few years. The average student starting university this autumn will graduate in £53,000 of debt — but will their investment pay off? As most of Graduate Fog’s readers have already graduated, we think your views are some of the most important around – and that politicians and universities should listen carefully.

Many politicians — including universities minister David Willetts — are still repeating the ‘fact’ that it on average graduates £100,000 more than non-graduates in their working lives. However, many number-crunchers deny this is still true as this stat was based on old data, and doesn’t take into account the huge number of graduates now — or the scarcity of proper, paid graduate jobs nowadays.

And don’t forget — when politicians first agreed to raise fees, they predicted universities would only charge more than £6,000 a year in “exceptional circumstances”. They were wrong. Now, a third are charging the maximum £9,000 for every course.

Now, the Labour party is talking about campaigning to reduce fees. Deputy Leader Harriet Harman has challenged Clegg and his party to “vote with Labour to bring these tuition fees down.” But is that a realistic option?

What do you think? Should tuition fees be reduced — or is it too late to turn back the clock? When the price of a degree is so far from its value, how much longer will students continue to pay out? Should graduates simply refuse to pay back what they owe? Or should universities be made to cut their costs so that young people can study for less? Was your degree worth the money?