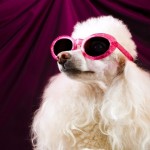 ‘Watching great bands is just one of the perks’

Would you like to work behind the scenes at one of London’s coolest venues? Graduate Fog meets Maria Nicholson, 32, head of membership and marketing at The Hospital Club…

What does your job involve?
The Hospital Club is a private members club for people who work in the creative industries — like fashion, art, film, TV and music — and my job is to look after our members and promote the events we host here. Because of the type of members we have, the club is also used by companies looking for a venue for events connected with these industries. So we also host launches for new products or bands and we work closely with the organizers of London Fashion Week, the Design Festival and the London Film Festival when those are on.

What is a typical day like?
There’s no such thing — it depends what we’ve got going on at the club that day. But often it’s a mix of meetings, setting up new partnerships and researching interesting new events to put on here. We host a lot of evening events, so my day often ends up being much longer than nine to five.  I’m very involved in the members’ events programme which includes monthly music gigs partnered with the Barclaycard Mercury Prize — most recently with Florence and the Machine. We also held a comedy night with Jack Whitehall.

Did you know you wanted to do this kind of job, when you graduated?
No, not at all. I graduated from Cambridge in 1999 with a 2:1 in Manufacturing Engineering (I know, it’s hardly what you’d expect from someone doing my job!). I’d assumed I’d end up on an oil rig somewhere — but quite early on in my degree I began to suspect engineering wasn’t my true calling. Everyone said the course would get better so I stuck with it — but two years later things hadn’t improved. By then it was too late to switch courses so I decided to focus on the parts of the course which I did find interesting, which turned out to be marketing. Then my dissertation supervisor suggested I pursued marketing and advertising as a career.

Was it a problem that you had the ‘wrong’ degree?
There were hurdles — but I persevered. I remember going for a marketing internship at L’Oreal and being unimpressed when they kept trying to guide me to a process engineering placement because of my degree. Perhaps they were just trying to test how serious I was about doing something so different but at the time it made me angry and determined to get as many marketing related things on my CV (no matter how spurious) before I attempted to interview again. Don’t let having the ‘wrong’ qualifications put you off if you find a career you’re interested in.

What did you do before this job?
I worked for a big advertising agency for six years, starting as a graduate trainee. I loved the creative side of ‘Adland’ (although I’m no creative myself) and was very happy in that industry.  Unfortunately, I discovered that the more senior you become in a large agency, the more your job becomes about managing clients and less about the work itself so I decided to try something different — although I had no idea what that might be! Luckily, in talking to lots of people my current job landed in my lap — I had a drink with an old boss, who’d moved to the Hospital Club.

What would you say to graduates who like the sound of your job?
First of all, be honest about what motivates you. People think my job sounds like it’s constant parties and glamour but the reality is that there is a lot of hard work involved — and some of it is very un-glamorous! Graduates should also remember that most jobs are either well paid or really interesting — but it’s rare to get both. So, if you’ve got expensive tastes, you might want to look elsewhere…

If they’re still interested, how can graduates get into your industry?
With businesses as small as ours, there isn’t really a fixed graduate career path. We don’t have the budget to hire a recruitment agency or graduate recruiting at universities so you won’t hear about our vacancies unless you’re really hunting. There’s also an element of luck involved. Our most recent trainee heard about us via a friend who works here and the previous one was a freelancer writing an article on the club.  Other people in my team have worked their way up from reception or started in a PA role.

And in general, what advice can you give grads who are struggling to get their career started this summer?
Be patient — don’t worry about getting where you want to go in one move, right now. When I graduated, it was too late to go for advertising interviews, so I ended up doing some market research for a year to pay the bills while I did all the applications. That year was totally boring but it wasn’t a waste of time and I actually use what I learnt in that filler year in my job today. Very few people fall in to doing exactly what they want to do straight away. Particularly with jobs that don’t have a defined career path, it’s more a case of trying different things and slowly inching yourself in the right direction.

Want to know more about The Hospital Club?