‘Don’t pity us or hate us — just HELP us!’ says unemployed graduate 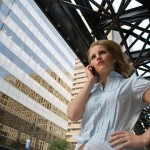 What can the government do to help the situation?
“They need to stop telling everyone to go to uni, especially if you’re interested in a job that you could get into without a degree — and they need to make sure educators stop doing this too. It’s just not true that a degree equals a good job anymore. They could also give businesses tax breaks for hiring graduates — and do more to enforce the national minimum wage for interns who are in effect doing a proper job by supporting groups like InternAware. The TUC tells us we have the ‘right’ to be paid, but politicians should understand that we’re in a really difficult position when asking for payment for our work — so we could use some back-up! And they should keep tuition fees down until graduates are in a stronger position to find paid work straight after university. I’m lucky not to be saddled with a lot of debt but most of my friends are and find themselves stuck in temping roles that pay because they simply can’t afford to work for nothing.”

David Willetts, the new Minister for Universities and Science, admitted ‘generations of young people’ have been ‘let down’ when they’ve discovered their vocational qualification is not valued by employers. Does this apply to graduates with non-vocational degrees too?
“Definitely. There’s clearly a mismatch between the qualifications that employers want and what graduates have — but I’d say this applies to everyone, not just those with vocational qualifications. In fact, I think degrees should be more vocational. Graduates need to have more practical skills that are recognised in the workplace. Within PR, I’m finding more and more employers want vocational degrees in marketing or PR. Maybe there isn’t so much of a place for traditional subjects as there used to be — in which case, can somebody please tell us this we get ourselves into £18,000 of debt for a qualification that no employer will value?! We’re only 17 when we choose our degree subject so I think more help should be given to make sure we don’t waste our money.”

A newspaper editor recently said that unpaid internships are now “a fact of life”. Do you agree?
“If they are, it’s outrageous! It seems to me to be a clear case that companies have realised they’re on to a good thing and they can get away with it — so they do. The arguments that they’re doing us a favour are rubbish on the most part. Take my current job for example. I’m regularly the only staff member in the office, I’ve had to complete important projects solo and I have a reasonable workload considering I’m new. If I wasn’t there, a paid member of staff would have to do my jobs –which shows that people are massively exploiting interns when they simply don’t want to pay for an additional staff member. Okay, some smaller businesses simply can’t afford to pay — but for the majority I think they just don’t want to.”

NEXT: “Why my friends regret going to uni”