“If graduates are skint, how come we all have iPhones?” 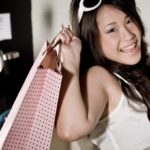 YES, GRADUATES ARE IN A TIGHT SPOT FINANCIALLY — BUT COULD YOU MANAGE YOUR MONEY BETTER?

Falling wages. Soaring rents. Unpaid internships. Student debt. No wonder many graduates are struggling financially — with many being forced to live at home or borrow money from their parents. But recent graduate Sophie Cullinane, 22, admits that for someone who claims she’s “skint,” her outgoings are still far too high. Which is why the taxis and TopShop habit have got to go…

“As children of the Blair years, we are not a generation that is good with money. Despite claiming we’re skint, 40% of graduates admit to spending most of what we earn on our social lives, according to a study by the University of Nottingham. Most of my friends have an iPhone. Can’t we tell the difference between essentials and luxuries?

I know I struggle. Growing up in a time when credit was cheap and fashion disposable, I have developed a distorted attitude towards money and having ‘stuff’. I have become accustomed to living deep into my overdraft all of the time and ‘treating myself’ to things I can’t afford. Shamefully, even now that I am an adult — earning and paying tax — I am still living well above my means, getting deeper and deeper into debt.

Now a freelance journalist, I earn about £14,000 a year before tax. Living in a flatshare in Bethnal Green, east London, I pay £550 a month rent. Despite having next to nothing left over at the end of the month I still spend £25 weekly on taxis, about £50 a week on eating out and often buy a new dress — at £40 a pop — twice a month. I also have in iPhone, for which I pay £50 a month. None of these are essentials. Why can’t I match my lifestyle with how much I am actually earning?

Not only am I not making a dent on my graduate debt, I am probably making that it worse. The joke is that I can’t even tell you for sure — because I’m too scared to look at my bank balance. Like many graduates, I am suffering from ‘ostrich syndrome’ — when it comes to my finances, I have my head planted firmly in the sand.

Some commentators reckon our generation has a completely different attitude towards spending. Writing in the Evening Standard about the recent riots, journalist David Sexton said:

“Since the Eighties we have embraced shopping for ceaselessly updated, branded goods as one of the core validations of our worth, almost the great purpose of economic life. At such palaces of consumption as Westfield [shopping centre] you see kids coming out with armfuls of trophy bags every weekend and wonder how they can afford it. Perhaps they can’t. But they are still the victors, the envied ones in our consumer society. They have acquired the markers that we have been told by advertising, and by a complicit media, to take as proof of success in life.”

There may be some truth in this — but I disagree that what we buy in order to be seen as successful. I think many of us simply have a distorted idea of what are the markers of a minimum standard of living.

Take clothes, for example. For many of us, looking unfashionable is simply not an option. We must have new clothes, all the time. Technology is another good one. How many of your friends don’t have a smartphone? Again, this is not an essential item. Plenty of older people don’t have one — and they earn more than us. But to many of us, having an iPhone is not a luxury but a basic essential that makes up a reasonable standard of living — even if my wages disagree.

We all spend for different reasons — and have different attitudes towards money. I spend because it makes me feel like a grown-up. Despite earning £10,000 less than the UK national average (£25,900), I feel like a professional, working woman. So, in my head, it is reasonable that I should expect to buy what other working people buy — like Pret A Manger sandwiches at lunchtime, and after work cocktails at central London bars.

But I am beginning to see that it isn’t reasonable to expect these things — that having them isn’t my right. I also accept that it’s time to pull my spending in line with my earnings. If I can’t afford to buy lunch every day, I will have to get up earlier and make my own. Again, plenty of older people do this.

But this shift in our attitude towards consuming is only partly to blame- those who lend us money have a lot to answer for. Go to a Natwest in any student town at the first day of term and you’ll see a queue of 18-21 year old graduates lining up to extend their overdrafts to anything up to £2,500. Most of my friends had a student credit card which allowed them to borrow up to £500 from the bank.

They have good reason to stop lending to graduates. The latest unemployment figures show that youth unemployment has risen in the last three months, with 12,000 more unemployed 16-24 year olds than in the previous quarter. If that isn’t worrying enough the latest figures show that the cost of living is skyrocketing. The price of clothing and shoes has risen by 3.1.% compared to July last year, the highest annual surge since records began. Housing, water electricity all increased by 4.6%, food prices were up 0.3% month-on-month and 6.2% higher than a year ago whilst food and tobacco were 10.3% higher than last July. The banks know that the odds are stacked against us financially, so why the hell do they continue to give us the money?

Of course it is true that nobody is holding a gun to our heads and forcing us to take loan money from the banks. I think part of the problem is that many of us are still buzzing of the security that a termly replenishment of our bank afforded us. So we keep spending assuming that — like our maintenance loans — soon a job will come along that will pay off any outstanding debts we have made in the mean time. It’s time we all reassessed that assumption.”

*Do you live beyond your means?
Do you agree with Sophie – is your whole generation bad with money? Do most graduates suffer from ‘ostrich syndrome’ – or is it only those with a financial safety net who can afford to over-spend?