How do I get a job in journalism? 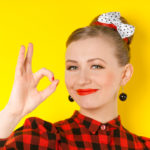 The deputy editor at a top lifestyle magazine (yes, you’ve definitely heard of it) has given Graduate Fog’s users some exclusive advice if they’re trying — and struggling — to break into journalism. His top tip? Unless you’re being paid a proper wage for your work, you should never stick around interning for longer than two weeks. Here is what the editor, 38, told us:

“I’ve been a journalist since the early 1990s, having done one of the few journalism degrees available at the time. And yes, I did work experience after graduating. The point was largely to create the illusion of useful experience on my CV so I made sure I did two week stints at well known magazines, the BBC, etc, just to get some good names on there.

“There was little point doing more than a couple of weeks as I pretty much knew that there wasn’t going to be a job at the end of it at each place. It’s not as if Steve Lamacq was going to be so impress by how well I sorted out the CD cabinet that he would ask me to co-host is it? I just needed IPC, BBC, SKY etc on my CV.

“I got into a lot of credit card debt doing this and it took me years to pay that off, but I’m pretty sure it helped. If nothing else, it showed I wanted it badly enough to rough it on mates’ sofas in the city and live as cheap as I could.

“Now, as a deputy editor at a magazine, we get people in doing work experience and I get to see it from the other side. The sad truth of the industry is, we’re understaffed but more staff costs money so we’re told by management to take on interns who’ll work for free. I have friends on magazines where there are six full-time staff and three interns. When a third of the editorial team are unpaid it’s a sign that margins are tight. Magazines (online or otherwise) are clearly now expecting people to write for them without payment.

“Then they spend their days transcribing interviews or returning things from shoots — helpful to us but not exactly useful to them, other than getting the name of an international magazine on their CV.

“Here’s my advice. If you want to do work experience, do it for a couple of weeks, just long enough so you can put that title on your CV. You almost certainly won’t get much more out of it from staying for months other than debt. You’re almost certainly being hired as free labour, and not because journalists want to tutor you (we’re too busy) or because we plan to surprise you with a job and corner office at the end of six months. Some get a full time job I’m sure, but I’ve never seen it happen.

“If you want work experience, then experience working. Magazine and newspaper pages need filling so pitch ideas as a freelancer. We’re understaffed and rely on freelancers more than ever. This way you’re really helping us and you get paid. Eventually. Being 21 means you’re more in touch with many things happening in the world than experienced old hacks. And publications always want to know what’s new, what’s changing, and it’s ‘the kids’ (Oh God, sorry) that are usually in the know first. In the current climate of minimal staff, the freelancer with a good idea has never been more in demand.”

*TRYING TO GET INTO JOURNALISM?
How are you getting on? What’s working – and what isn’t? Do you agree with this editor’s advice?