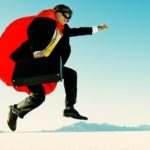 Do unpaid interns have a new hero?

And does Graduate Fog have a new crush?

I have written before (on this website and for the Guardian) about how I believe the business community has spectacularly dropped the ball when it comes to championing the battle that interns face in securing a fairer deal for the work that you do.

I was just beginning to despair when a politician I’d never heard of three months ago surprised me.

Labour leadership hopeful and shadow health secretary Andy Burnham has not only picked up the ball – he has has also run with it.

After signing Intern Aware’s pledge in July, he is now going further in his public criticism of the unpaid internships system.

He is now proving to be the first high-profile politician to show he truly understands the injustice at the core of this crucial issue.

Graduate Fog is politically independent but I can honestly say that Burnham’s latest comments are the most convincing evidence I have yet seen that anybody in politics (or business) really ‘gets’ why this issue is so important – and why young people who are complaining about the current situation are not just a bunch of spoiled whingers.

His words are so impressive that I even seem to be nursing a little Burnham-shaped crush on the poor fellow.

In his Labour leadership manifesto Aspirational Socialism, he wrote:

“Labour did a good job in helping more young people get to university. But we should have done more to think through the challenges they face on graduation.”

(I think this is an important admission that I have not heard said before. Have you?)

“Today, it is harder than ever for young people to make their way in the world.

“Traineeships have all but disappeared from many professions and now young people are expected to gain work experience without pay before they can break into the world of work.

“It is a system that exploits young people and threatens to throw social mobility into reverse.”

Burham – the son of a telecoms engineer – then blasted the ‘metropolitan elite’ for deliberately blocking those from less well-off backgrounds from the best jobs and opportunities.

He recounted his own experience working as an unpaid junior reporter on the Middletown Guardian, in 1991:

“The reason I feel strongly about how hard it is for young people from ordinary backgrounds to make their way in the world is because I struggled after university to find my feet.

“I had to give up my first job as an unpaid intern in a newspaper office because I was poorly treated and couldn’t afford to live.

“It told me how young people without well-connected parents often find it much harder to break into the professions.

“Today, that is as true as ever.

“Britain is an uneven country where powerful elites still hold sway. This is true in politics, business, the professions and the media.

“…It is getting harder for young people, whose parents do not have the necessary contacts, to break into the professions.

“The trend towards unpaid work and internships across all sectors and industries is placing the most attractive and powerful jobs beyond the reach of young people with least means and connections.

“As I have travelled Britain, I have discovered the full extent of the insidious culture of requiring young people to undertake unpaid work as the first rung on the ladder.

“I was told of a county council in the south of England using unpaid internships. Worse, I heard that some City law and finance firms now auction work experience to the highest bidding family.

“…We must break down the elites that still control too much of the power in our country – particularly in access to the professions – and provide opportunity for everyone to fulfill their potential.”

Graduate Fog is enormously encouraged by Burham’s fighting talk on this issue.

Okay, he isn’t the favourite to win the Labour leadership contest.

And his party isn’t even in power.

But after such a long battle to raise awareness of this issue – started and continued by Intern Aware, Internocracy and Interns Anonymous, and later joined by Graduate Fog – it is fantastic to see quotes like these finally appearing in mainstream newspapers like the Guardian.

How refreshing is it to hear somebody who has ‘made it’ talking about a negative experience of working for free when they were young?

So many claim that because they did it (for one month, back in 1975, when they were in no debt, before securing a well-paid job), you lot should do it indefinitely for the slim-to-none chance of being offered paid work at some point in the distant future. (Or maybe never).

Burnham isn’t saying that. He’s saying it sucked when he did it – and it still sucks, now.

He has also used his position to attack the BBC for its use of unpaid interns. In July, he told the Telegraph that the corporation must pull its socks up:

“We look to our national broadcaster to set a better example and not take advantage of the desire of young people to work within the media. The BBC needs to show leadership and put an end to this practice immediately.”

The only part I am confused about is exactly how Burham proposes to make the changes necessary to gain a fairer deal for interns.

“Working with business, I propose to end the practice of unpaid internships lasting more than three months.”

So unpaid internships of up to three months are okay? If he is suggesting a three-month limit on internships, what happens then?

What’s to stop a situation developing where graduates go on and on doing unpaid three-month (unpaid?) internships, indefinitely? And how exactly is this better than the situation we have now?

Also, if ‘working with business’ means ‘kicking their arses’, I’m all for it. But in practice we know that pressuring business to do anything they don’t want to do is not easy.

“All placements should be supported by the National Minimum Wage at least.”

Eh? I thought you said only placements of longer than three months would be paid? I’m confused…

“I will explore giving students the ability to have extended access to student finance for a period after graduation to enable them to take on unpaid work experience on leaving university or to subsidise an internship on minimum wage so they can gain the experience they need to pursue their chosen careers.”

Is it just me or is this not very clear either?

Is he suggesting giving you extra money to tide you over while you do up to three months of interning (which it now seems can be unpaid), or while you work for the minimum wage?

Why would you need extra money if you were being paid fairly? I don’t get it.

“I will also propose that all work experience, placements and internships be advertised by law so that the opportunities they present are open to all, not just those in the know.”

Again, a good plan in theory – but again I fear it’s flawed in practice. It is currently perfectly legal not to advertise most regular jobs (even in the public sector it’s only considered ‘best practice’).

So is Burnham suggesting a new, separate law for internships as opposed to all other jobs? If so, how long will this take to go through – and how many more young people will have to work unpaid in the meantime?

Also, even it does go through, many companies will go through the ‘formality’ of advertising openly, whilst giving the position to the person they always were going to hire.

And, if there is no threat of punishment for not abiding to this law, it is open to being completely ignored by employers (as we’ve seen with the current National Minimum Wage laws).

Again, I suspect it would be down to you, the wannabe-intern to report your employer – which I think is not just unfair and unrealistic – but also downright bizarre:

So to conclude, I’m liking Andy Burnham’s style on this issue – but I think his specifics could use a little work.

However, it makes a refreshing change to read quotes from a grown-up who actually knows their stuff on this subject.

Time and time again, universities minister David Willetts has shown that he simply Does Not Get this one.

Encouraging graduates to volunteer in order to gain experience is not a viable solution when you NEED TO PAY YOUR RENT.

Nor – I feel – is setting up your own business if you can’t get a job and can’t afford to work for free.

(A few grads may succeed at this, but for most I feel this is unrealistic, so early in your career).

I’m also getting sick and tired of experts – like Sheffield University’s Tim Birkhead (dubbed ‘Professor Patronising’ by one Fogger) – advising you on ways you can ‘stand out’ from the crowd.

That isn’t a realistic, large-scale solution either. You can’t ALL ‘stand out’ or there would be no crowd to stand out from. Durr.

I would also like to see journalists and former journalists stop presenting their own experiences of working for free as independent evidence that the unpaid internships system isn’t really the huge problem we know it is.

Yes, this means you Julia Margo, former journalist (I worked with her briefly at the Sunday Times a few years ago) and now Acting Director of influential think tank Demos.

Incredibly – as the Demos website claims she’s an expert on ‘social mobility’ – Margo told the Sunday Times earlier this month:

“While I count myself lucky to have been able to benefit from the inspiring work experience I had, policy wonks are immersed in debate about whether unpaid interns are in fact being exploited.

“To explore that claim, I spoke to one of the 450 unpaid interns who work in parliament: she said she had gained a lot and didn’t feel exploited at all.

“The best way to ruin opportunities for thousands of graduates would be to insist that internships are paid.

“Employers would simply offer fewer placements if they had to pay – they already invest a fair amount of staff time in them.

“Worse, paying interns would pollute the whole process and ultimately lead to internships being conflated with entry-level jobs, thus excluding exactly the kind of fresh graduates who benefit most from the opportunities.

“Who would pay a useless graduate when you can hire a recession-hit 25-year-old? I once worked in an organisation that paid its interns. As a result, we recruited through a formal process and took only those with prior experience.”

If you don’t know what you’re talking about, how about you put a sock in it?

Conversely, if you DO know what you’re talking about, please speak up.

And continue to speak up, Andy Burnham.

(And please don’t now say / do anything dumb that will disappoint us, after all your good work?)

*Are you glad to see a politician finally showing he ‘gets’ this issue?
Or are you sceptical about Andy Burnham’s motives for speaking up on your behalf? Do you hope the winner of the Labour leadership contest continues to push for the rights of unpaid interns?