Lying on your CV can lead to a prison sentence 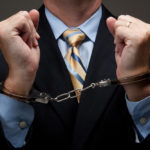 ONE IN 20 CANDIDATES FIBS IN THEIR APPLICATION, SAYS EXPERT

Graduates keen to land a job should not be tempted to massage the truth when completing their application, an expert has warned.

Richard Connelly from Agenda Security Services told Graduate Fog he’s seen a rise in the number of employers asking about his company’s services, which involve pre-employment screening, vetting and background checks. Employers are definitely becoming more cautious about who they hire, he says.

It seems they may have good reason to be suspicious. When we asked Connelly how many people lie on their CV, he said:

“We average one in 20 candidates provide some form of inaccurate information during the screening process, ranging from address history to work experience – but details concerning education contain the most areas of doubt.

“A candidate stated to us that she had a Masters degree but when we checked it was discovered that she had not paid for this qualification and therefore could not use it on her CV. When we informed the client, the candidate was refused the employment.”

Is missing out on a job the worst that can happen? It’s not illegal to tell a white lie, is it?

“Yes it is and can constitute a criminal offence under the Fraud Act 2006. There are well documented cases where people have even received prison sentences.”

Connelly is right. In December 2009 NHS human resources manager Kerrie Devine, 33, received a six month suspended prison sentence and an order to pay £9,600 for lying about her qualifications to Devon Primary Care Trust. She was also ordered to carry out 150 hours of community work.

What did Devine fib about?

In fairness, it was a whopper. In fact, it was several whoppers.

She falsely claimed to be part way through a Chartered Institute of Personnel and Development (CIPD) course and to hold a degree in Human Resource Management from Oxford Brookes University.

She also said she held a certificate in Marketing from the same university, and a Chartered Institute of Marketing Advanced Certificate from Swindon College.

And for any Foggers still thinking of taking an ‘elastic’ approach towards the truth in their next application, Connelly warns you to think through the consequences carefully before making things up:

“Being a retired police officer I would never advise anyone to lie about anything. What they have to understand is that if they lie about something and they get the job, that lie will remain a threat to them forever and if it is found out many years later and they are still in the same job they could still be dismissed or even prosecuted.”

*Have you ever fibbed in a job application?
Did you know it was illegal – and if not, do you think someone should have warned you? Did you get rumbled, was the stress not worth it – or did nobody ever find out? If you’ve never lied before, are you desperate enough for a job that you might consider taking your chances? (Remember, no judgment! You just might not want to use your real name when you post your comment…)