Can unis prove that a degree still leads to a job? 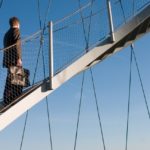 The official body for university careers advisers has warned that proving each degree’s value to prospective students – a key recommendation of Lord Browne’s report – may be impossible.

Amidst the mayhem about the probable increase in tuition fees last week, you may have missed the fact that Browne’s review also included some tough talk for universities selling courses which promise more than they deliver.

The idea of ’employability statements’ is back. This brainwave has been kicking around for a while – and the specifics aren’t clear yet… But it seems likely that it will become compulsory for universities to issue statistics about the ‘destinations’ of graduates from each course they run. In other words, what happens to people once they’ve got this degree? Is it really worth the money?

It’s hoped that employability statements will help prospective students make better-informed decisions about which courses are wise investment – and which are daylight robbery.

But producing these figures may not be as simple as it seems – and could give university careers services a serious headache.

On Friday, the Association for Graduate Careers Advisory Services (AGCAS) announced that it had major concerns about the practicalities of publishing these numbers:

“AGCAS believes the Browne Report to be broadly progressive and welcomes its emphasis on informed decision making. However, it is concerned that some of the employability information and careers advice that it says is so important to prospective students, is not currently fit for purpose.”

“Currently universities collect and submit data on what graduates are doing six months after graduating. With many students postponing career decision making and job search until after graduation, and with an increasing number of employers and professions now expecting graduates to undergo a low-paid or unpaid internship or postgraduate training prior to a paid graduate position, the published figures are likely to mislead young people, their parents and their advisers.”

And Margaret Dane, AGCAS’ CEO, added her concerns to the mix:

“The review emphasises the importance of student choice and so it’s vitally important that we provide prospective students, current students and graduates with the information, advice and guidance they need to make informed choices. It’s partly about data and information but students also need advice and education so that each individual understands what they can do to increase their chances of success. Knowing what former students did is not enough and may be misleading as markets change.”

Regular visitors will be shocked to read this – but for once Graduate Fog agrees with AGCAS.

Lord Browne has just set the universities an enormous challenge.

Does a degree still set students up for a good career? And if it does, can they prove it?

Of course, I’m in favour of a degree’s ‘value’ being made more transparent to prospective students. I’m a fan of anything that stops young people spending huge sums of money on qualifications that they later realise are not valued by employers. But…

What happens after graduation is a messy business – and it is very difficult to measure.

Saying “Ninety per cent of students from this course were employed within six months of graduating” isn’t necessarily a boast. They could be flipping burgers.

Then again, if we define success as “doing a job related to their degree,” that won’t work either. Most history graduates never intended to become historians.

Then there are the graduates who go travelling or do a Masters because they can’t find work — how should we include them?

The poisonous culture of internships will also skew the results enormously. If a graduate is working full-time but earning less than the minimum wage, are they employed or unemployed?

I think the only helpful statistic would be the percentage of graduates who are employed in a permanent job that they enjoy — and are earning more than £25,000 a year. Lots of courses would close immediately — but at least we’d be telling young people the truth.

*Would employability statements have helped you decide on your degree?
Do you think universities will struggle to present accurate data to prospective students? Or do you fear that they could fiddle the figures, to make courses seem more valuable than they actually are?