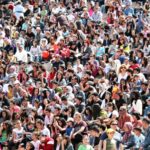 ONE IN 11 UNEMPLOYED SIX MONTHS AFTER GRADUATION – YET CAREERS ADVISERS BLAME MEDIA COVERAGE?

A new survey has revealed that graduate unemployment is at its highest level for 17 years – with more than 21,000 still hunting for work six months after leaving university.

In January 2010, pollsters for the Higher Education Careers Services Unit (HECSU) interviewed 82% of students who completed an undergraduate degree in summer 2009 and live in the UK.

They discovered that from the Class of 2009:

– 8.9% of graduates – or just over 21,000 – were still unemployed six months after graduation. The last time this figure was worse than this was in 1993, when the UK was coming out of a recession.

– The proportion of university leavers with a graduate level job has dropped 3.3 percentage points since last year, to 62.4%.

– One in seven graduates is working in retail or catering.

– The mean starting salary for graduates is £19,695. This rise of only £18 since last year is far below inflation.

– Prospects for IT graduates are the bleakest – one in six was jobless six months after graduation. One in seven media studies graduates was in the same boat.

– Even engineering grads – a discipline the government has labelled ‘strategically important’ for the economy – are struggling. Nearly 12% of civil and mechanical engineering graduates were still job-hunting after six months.

Clearly aware of how bad the numbers look, the Association of Graduate Careers Advisory Services (AGCAS) felt the need to stress that the figures are “almost a year out of date.”

(Er, isn’t there always a time-lag with statistics?)

“Employer surveys and anecdotal evidence from higher education (HE) careers services suggests that the position has improved considerably since this time last year.

“Graduates shouldn’t be complacent as reduced funding for the public sector may well change the picture again but neither should they feel demoralised.

“The message to students is not to be downhearted… Graduates should remain upbeat and consider how to enhance their own chances of getting a foot in the door. This might involve having a Plan B, not ignoring small to medium-sized companies, being proactive and taking advantage of the help on offer.”

And Margaret Dane, AGCAS’ CEO, even suggested that gloomy media coverage of graduate unemployment was leading graduates to underestimate the number of jobs that are still available – leading to vacancies going unfilled:

“The message we are getting from many employers is that they are recruiting and in some cases they are not receiving the number of applications they’d expect.

“This may be because students and graduates are being demoralised by what they read and hear in the media. Many sectors are competitive but there are still jobs to apply for.”

Meanwhile, Aaron Porter, the president of the NUS, said:

“Graduates should be seen as a critical part of the government’s missing growth strategy and a vital component to rebuild our economy.”

He also said these stats were new evidence that Lord Browne’s recommendation to lift the tuition fees cap of £3,225 would be a grave mistake:

“The inter-generational divide in our society is already gaping and this is now just another part to an overwhelming case as to why the government should reject Lord Browne’s proposals and urgently reconsider the direction of travel.”

*Are you surprised by the new figures?
How is your job hunt going? In your experience, is the media’s portrayal of the graduate unemployment problem accurate – or overblown?